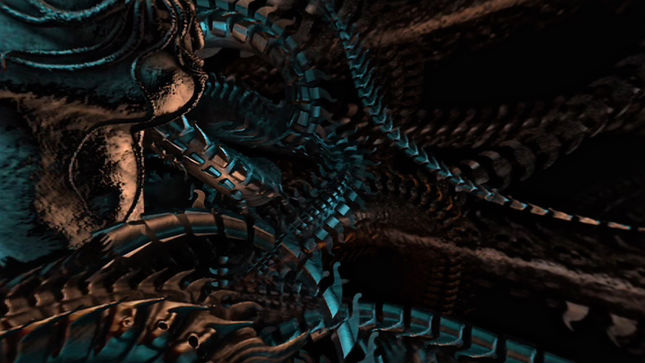 Sweden’s Meshuggah will release their eighth album, The Violent Sleep Of Reason, on October 7th via Nuclear Blast Records. The album is inspired by a Goya painting called “The Sleep Of Reason Produces Monsters”.

The band have released a 360° lyric video for the album track “Nostrum”, which can bd found below.

The album was produced by the band and was engineered by Tue Madsen of Puk Studios in Kaerby, Denmark. For the cover, the band once again enlisted Keerych Luminokaya who created the artwork for Koloss and The Ophidian Trek as well as the new images for each of the seven albums and three EP’s featured in the recently released 25 Years Of Musical Deviance box set. 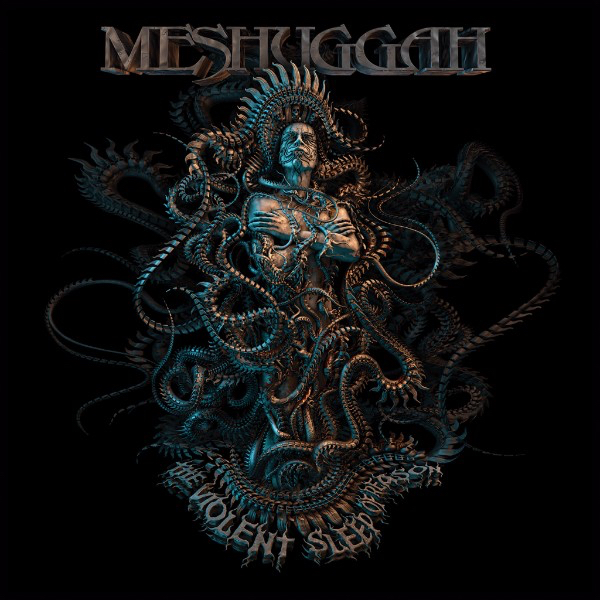 The Violent Sleep Of Reason will be available in the following formats:

Pre-order your copy of The Violent Sleep Of Reason here. Digital copies here.

Meshuggah recently announced their epic North American Fall 2016 tour. The trek will kick-off at the House Of Blues in Lake Buena Vista, Florida on October 10th, visit two Canadian cities as well as Knotfest Mexico before concluding in Maryland at The Fillmore on November 6th. Joining the band as special guests is none other than US metallers High On Fire (pictured below). 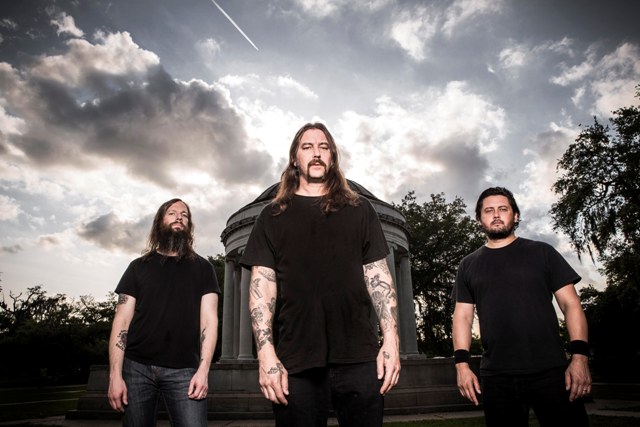 Watch a tour teaser video below. Tickets are on sale now. 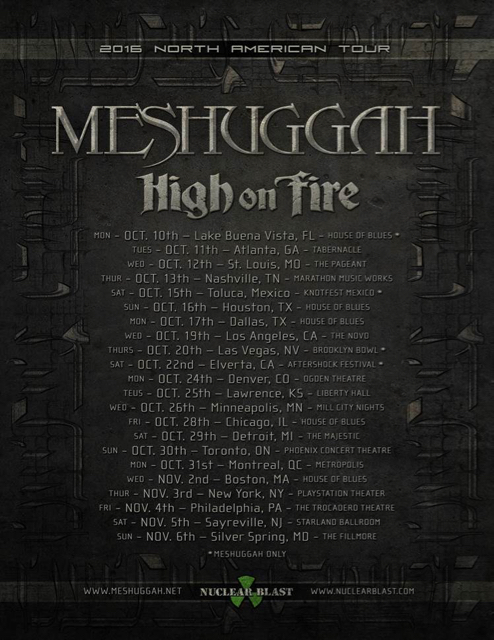