“At The Edge Of The World”, the new video from MESHIAAK, can be seen below. The song is taken from the band’s debut album, “Alliance Of Thieves”, which was released on August 19 via Mascot. The CD was recorded at GREEN DAY‘s Jingletown Recording Studios in Oakland, California.

Wells says: “We went with keeping the sound as band-orientated and organic as possible, but with using a lot of modern technology.

“It’s a blend of old and new because we recorded to two-inch tape for the drums through an old Neve desk, but the rest of the album was produced in my home studio.

“We also went with a mixer named Jacob Hansen who is known for a lot more progressive music. But I think the combination really gives MESHIAAK a new and fresher sound than most traditional thrash albums.

“And so we’ve tried to create something fresh among the guidelines of traditional metal and thrash with some progressive elements, although at the same time we wanted to make music feel like when we first discovered bands like MEGADETH, METALLICA, MACHINE HEAD… even ALICE IN CHAINS and SLIPKNOT.”

Wells adds that the progressive overtones in MESHIAAK‘s music come largely from his interest in other musical genres not typically associated with an extreme metal band. He says: “I have a lot of influences outside the metal world such as TOOL and DREAM THEATER, and a lot of guitar instrumentalists as well like Guthrie Govan and Joe Satriani.

“At times, I had to be brought back into line to keep things metal and exciting. I think that’s what makes MESHIAAK unique — the melting pot of influences we have. Perfect soundtrack for punch-ups with your mates.” 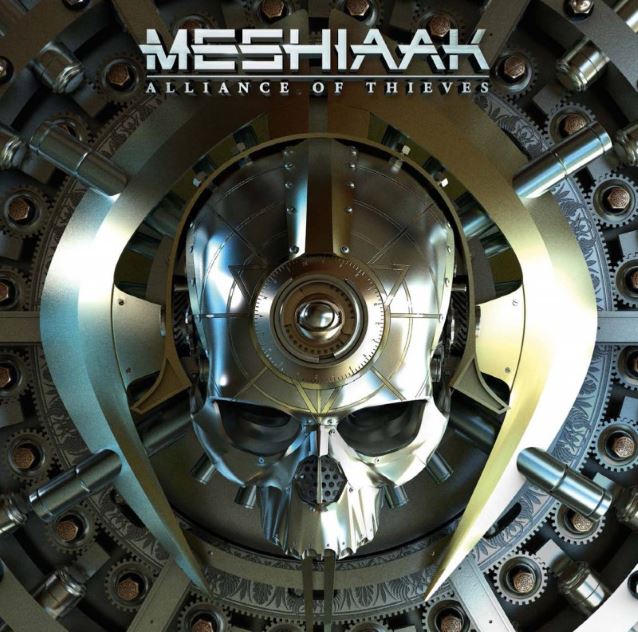