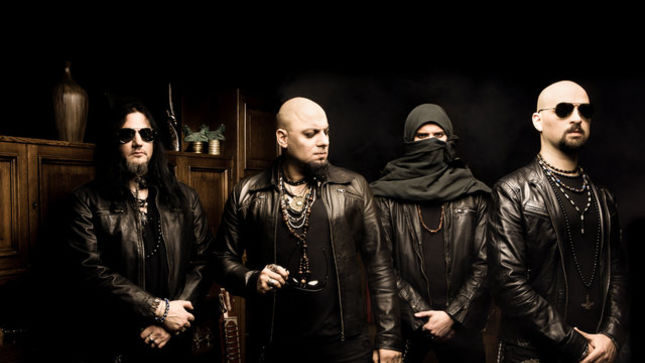 Ashmedi, frontman for Sumerian black/thrash pioneers Melechesh, has recently been arrested for assault in his hometown, Jerusalem. As rumours have spread over the past two weeks, the band have decided to speak out on the situation.

“While on vacation in Jerusalem, I was arrested for beating up somebody in a bar fight. After 3 days in jail and a $3000 dollar bail plus $18000 dollar contingent guarantee I was placed under house arrest for the last 7 weeks and will remain under house arrest until the court sets a date for a trial. Then the judge will decide what will happen next.

“I was having a nice night out at a friend’s bar. After several verbal provocations and then verbal death threats to me I acted in what to me seemed self defence and finished it. Normally, people know me, I often stop fights and buy people drinks to calm them down – this time shit hit the fan….

“Well, it was a stupid bar fight, which is not my style really, yet things got out of hand and the vacation turned into a nightmare, three days jail and now I am still under house arrest for the last seven weeks till a yet unknown court date, the fortunate news however is that I will be given permission to do the Melechesh concert in Jerusalem, so I can go out for a few hours to rehearse with my guys and the next day naturally perform with Melechesh.”

Ashmedi has been granted permission to rehearse with the rest of the band who are flying to Israel for tomorrow’s concert in Jerusalem, which will mark Melechesh’s first show there since the summer 1998. Melechesh are currently supporting their latest album, Enki, which was released in early 2015. 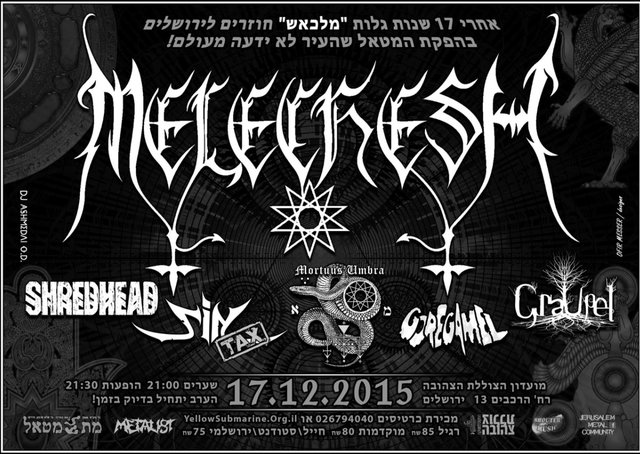