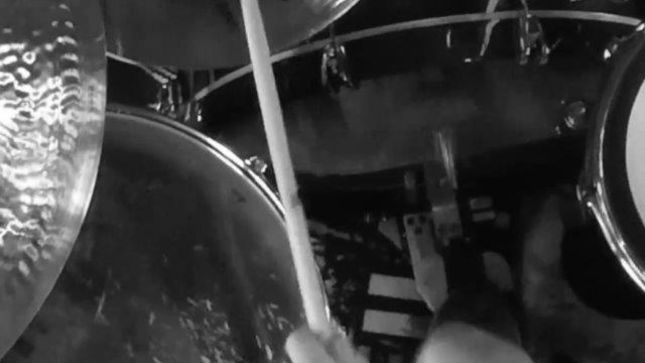 Megadeth reportedly began recording their as yet untitled new album on March 17th in Nashville, TN. The band was left without a drummer and guitarist when Shawn Drover and Chris Broderick quit last year. A second teaser clip has been posted on the official Megadeth Facebook page (both can be seen below), presumably showing the band’s new drummer in action.

In a video interview with Ultimate Guitar, conducted at the NAMM convention in Anaheim, California earlier this year, Megadeth bassist David Ellefson discusses the band’s next studio album and follow-up to Super Collider, released in 2013.

“We have it pretty much written. We need to go in and obviously record. We’re looking at lineup things… that’s the big question. But that’s all moving forward, and we’ll know more in the coming days, weeks, and certainly as the record’s being made, that will tell more. I mean, to me the record has to be great, and that will determine, I think, from that, where the lineup goes. We’re very aware of what a lot of people are hoping we do.”