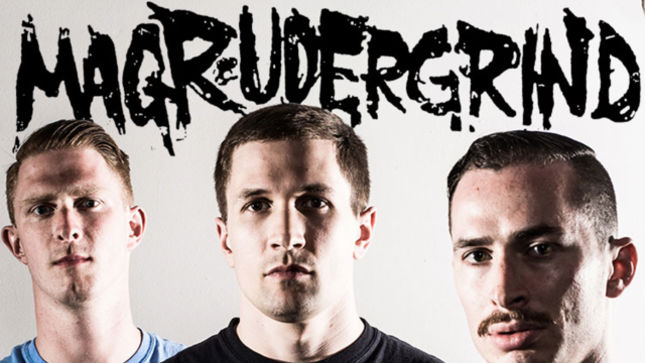 Relapse Records has announced the signing of American grindcore/hardcore punk trio, Magrudergrind. The Brooklyn-based group formed in 2002. Magrudergrind have released two full-lengths and a series of splits, EPs, and compilations over the years.

The band has recently completed recording their first new material in over five years with producer Kurt Ballou (Converge, High on Fire, Torche) at God City Studios in Salem, MA. The full-length record will be mastered by Pig Destroyer’s Scott Hull and artwork will be designed by Clint Nicolas. The album will see a release later this year via Relapse along with extensive touring from the band.

The band commented on the signing: “We are extremely stoked to join Relapse records. We look forward to eviscerating eardrums and smashing posers with our next full length.”