“Matriarch”, a brand new song from THE BLACK DAHLIA MURDER, can be streamed below. The track is taken from the band’s eighth full-length album, “Nightbringers”, which will be released on October 6 via Metal Blade Records.

Rather than meticulously plan things out or stick rigidly to any kind of template, when it comes to writing, THE BLACK DAHLIA MURDER prefer to let things happen organically. In the hands of guitarist Brian Eschbach — who co-founded the band with frontman Trevor Strnad in 2001 — and new recruit Brandon Ellis (ARSIS, ex-CANNABIS CORPSE), “Nightbringers” is rich with dynamic riffs that are at once fresh and classic THE BLACK DAHLIA MURDER, resulting in a collection that shifts through many moods and effortlessly incorporates various elements of extreme metal. While Strnad explores a variety of themes and ideas with his lyrics, they are united by the album’s title, which embraces a tenet that has been central to THE BLACK DAHLIA MURDER‘s output since the very beginning.

“Death metal and nighttime are synonymous to me,” Strnad explains. “We are the rulers of the darkened hours that the Christian good fears. A lot of archaic ideas that are still upheld — such as marriage and monogamy — came from Christianity, whether people want to acknowledge it or not, and to me, death metal has always been bucking that. It’s ‘being-the-villain music’, because we’re the enemy of Christianity, the enemy of all that is good and traditional. Death metal is for free thinkers, it’s for showing people the path to inner strength and operating on your own will, instead of being told what to do and living in fear, and songs like the title track and ‘Kings Of The Nightworld’ are about leading a legion of awakened minds into battle.”

This fall, THE BLACK DAHLIA MURDER will embark on a North American tour in support of “Nightbringers”. The trek will run from October 6 through November 11 with a stop at this year’s edition of Ozzfest Meets Knotfest on November 5. Support will be provided by SUFFOCATION, DECREPIT BIRTH, NECROT, WORMWITCH and EXHUMED on select dates. 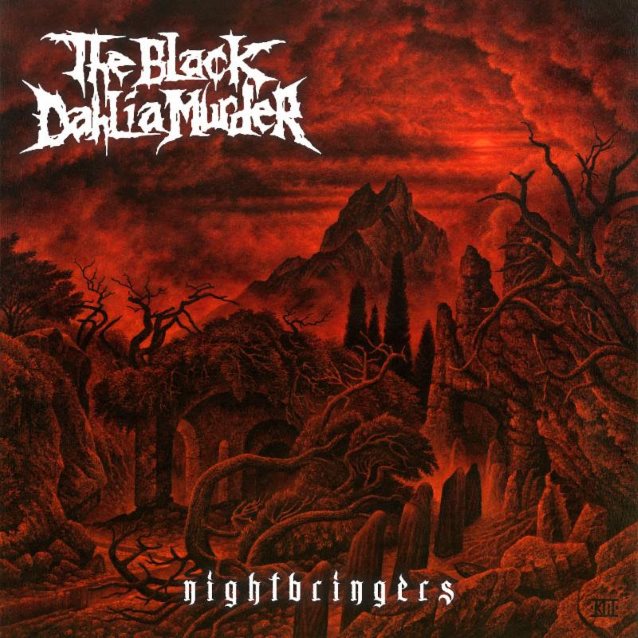