“I Am Broken Too”, the new single from Massachusetts metallers KILLSWITCH ENGAGE, can be streamed below. The song is taken from KILLSWITCH ENGAGE‘s new album, “Atonement”, which will be released on August 16 via Metal Blade Records in the U.S. and Sony Music Entertainment in the rest of the world.

Vocalist Jesse Leach stated about the track: “A song that means more to me than almost any other one I have ever written…”

“Atonement” is the culmination of a trying and turbulent two-year period. KILLSWITCH ENGAGE started kicking around ideas for the album as early as 2017. The band recorded the bulk of the material separately on both coasts. However, in the middle of the process, a polyp developed scar tissue in Leach‘s throat, forcing him to undergo surgery. The intense three-month recovery ended with speech therapy, vocal therapy, and scream therapy. The band ultimately emerged with an album that is further evidence of their undeniable legacy as one of the most enduring metal bands of the last two decades and beyond.

The elaborate illustration on the “Atonement” album cover was created by none other than talented U.K.-based artist Richey Beckett (METALLICA, MASTODON) with the band’s own Mike D’Antonio handling art direction and layout duties.

“Atonement” features guest appearances by the band’s former lead singer Howard Jones and TESTAMENT frontman Chuck Billy. It marks the band’s third full-length release since the return of Leach, who rejoined the group in 2012.

Leach recently said that he “wouldn’t change a thing” about the follow-up to 2016’s “Incarnate”. “At first, I was a bit crestfallen that a few songs I truly loved didn’t make the cut,” he wrote on Instagram. “Now after time has passed (and I’ve not listened to it for a while), I listened with fresh ears today. I gotta say I am quite satisfied! The messages, the tones, the track listing order, the artwork, the overall feel of this album, it just feels fresh!

“I feel there is something for everyone on this one. It captures the wide range of styles and topics that are part of our history as a band as well as pushing things just a touch. It is a pretty amazing feeling as a very picky and perpetually unsatisfied (and fairly insecure) artist to feel accomplished.”

Leach appeared on KILLSWITCH‘s self-titled debut and sophomore album, “Alive Or Just Breathing”, before exiting the band. Jones took over on vocals for “The End Of Heartache”, “As Daylight Dies” and the 2009 self-titled set before being dismissed from the group seven years ago. 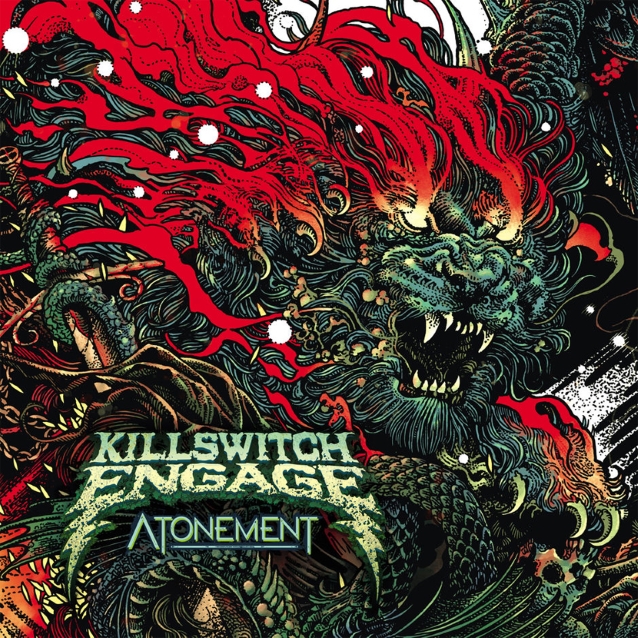