EVANESCENCE has released a new single called “Imperfection”. Taken from the band’s next album, “Synthesis”, which is due on November 10, the song features full orchestration in a completely synthetic world of beats and sounds, with help from arranger and composer David Campbell.

“Synthesis” will feature two new EVANESCENCE songs — including “Imperfection” — in addition to fan favorites re-recorded with a live orchestra and electronica.

The “Synthesis Live” tour will launch this fall beginning October 14 on the West Coast. Like the album, “Synthesis Live” will feature a reimagining of some of EVANESCENCE‘s best-loved songs with the spotlight on full orchestra, electronics combined with the band and Amy Lee‘s virtuoso piano and voice.

“This is a total passion project for me. There are so many layers in our music, underneath the huge drums and guitars,” explained Lee. “I’ve always wanted to shine a light on some of the gorgeous David Campbell arrangements and programming elements in our songs, and that idea snowballed into completely re-doing them with full orchestra, not just strings, elaborate programming and experimentation.

“This will be our first time touring with orchestra and I’m so excited to perform this way — really focus on the vocals, and the emotion and the story we’ve built over the years. I’m also really excited about the new material on the album. Besides the two new songs, there are some really beautiful instrumental in-between moments. The whole thing flows like a big, dynamic soundtrack.”

Lee told Graspop.be about “Synthesis”: “It’s different in a way that it’s still coming from the roots of what EVANESCENCE was conceived to be,. It’s really a beautiful project. A lot of our old songs are getting a whole new life in a way where we’re getting to experience the focus being this beautiful, full orchestra. It’s also a lot of electronic, cool elements — parts that have always been part of our music. It hasn’t been full orchestra before — it’s just been mainly strings — but just taking it to very beautiful, classical and epic and groovy place. Oh, it feels so good. There’s some new stuff on it too, but it’s mostly old stuff [reimagined].”

Lee also talked in more detail about the making of “Synthesis”, explaining: “As far as the conception, basically, you work in demo land first and just create the arrangements of songs. I went through all the master sessions of, say, ‘Bring Me To Life’, and [I would] pull out all the stuff and listen to it and then chop it up and decide, ‘Oh, maybe this part needs to be longer. Maybe this part at the beginning will be just strings and piano.’ Just figure out what you’re gonna do and build a map. And working with David Campbell, who has done all the string arrangements for EVANESCENCE for all three albums now doing full orchestra, just going back and forth with him and our producer Will and then each other, just throwing ideas in a Dropbox and basically just playing tennis back and forth for months. We finally recorded the orchestra. It sounds just gorgeous. I can’t wait to finish the thing.” 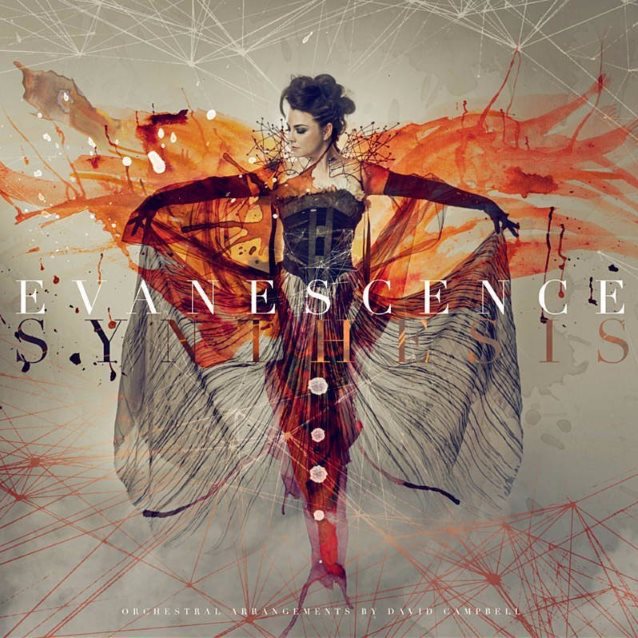