“Crucified” follows the release of lead track “Oath”, and both songs are available as instant downloads when pre-ordering the album.

Fans can catch EIGHTEEN VISIONS playing an electrifying mix of new songs and fan favorites on June 2, when they take the stage for the first time in ten years for a record release show at The Observatory in Orange County.

“XVIII”, the reunited and reenergized band’s first new album in over a decade, is both mission statement and battle cry. It’s a blistering, dense, and diverse album. Recharged and newly partnered with Rise Records, EIGHTEEN VISIONS sound liberated from the expectations of the outside world and driven only by their own personal and artistic directive. This is the album promised by the raw alchemy of every other EIGHTEEN VISIONS record. The unrelenting force and unashamed ambition that fueled every stylistic incarnation of this always evolving and never boring band: it’s finally fully realized in the sound of “XVIII”. The album was made at home in Orange County, with U.K. transplant and multi-instrumentalist producer Mick Kenney at the helm. His close relationship with the guys in the band (vocalist James Hart, guitarist Keith Barney and drummer Trevor Friedrich) lent itself to the most fully realized recording in their discography, emphasizing every strength of EIGHTEEN VISIONS‘ unique arsenal. Among the album’s many highlights is “Live Again”, a moving tribute to bassist Mick Morris, who passed in 2013; “Picture Perfect”, a super-heavy, dirgy assault on fakery and wolves in sheep’s clothing, dripping with menacing melody; and “Fake Leather Jacket”, a Molotov cocktail tossed at the music industry, threatening and staunchly confident. 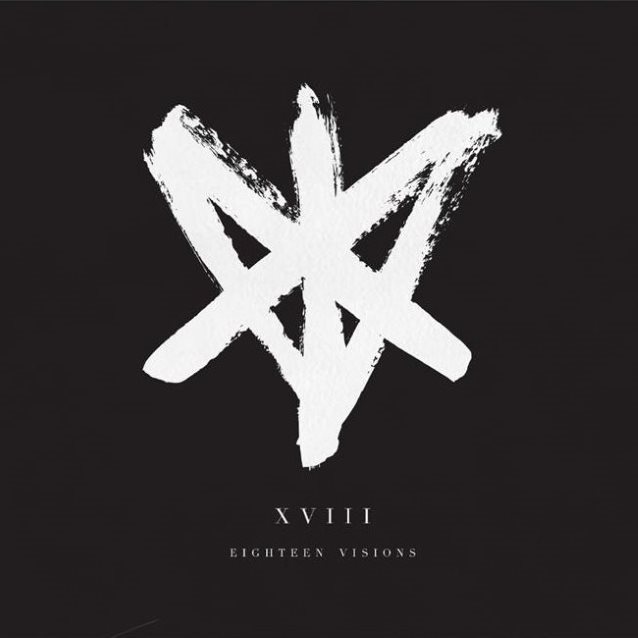