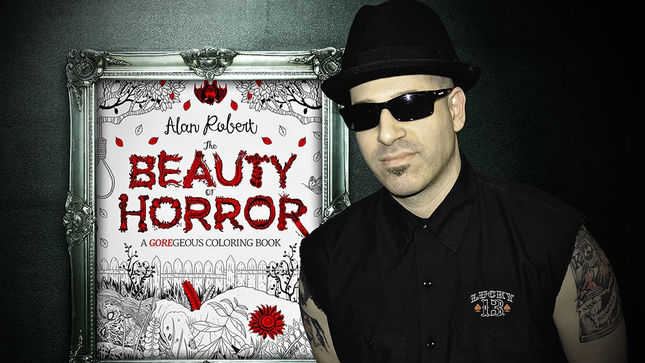 Life Of Agony is currently wrapping up production on its new studio album, A Place Where There’s No More Pain (Napalm Records), due in early 2017. This November and December, the group heads over to Europe for a full headlining tour, but before they do, LOA bassist/songwriter Alan Robert sets out to support the release of his best-selling, horror-themed adult coloring book at several events this October. 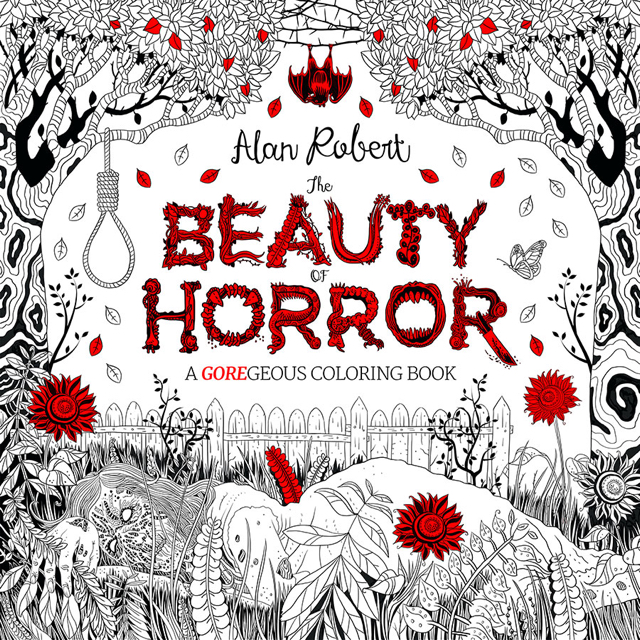 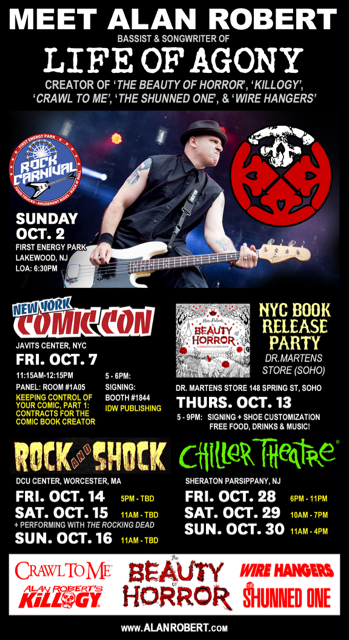 Alan Robert’s October schedule is below:

Tuesday, October 4th: The Beauty Of Horror: A GOREgeous Coloring Book hits stores in the US.