ANGEL NATION, the band founded by new LEAVES’ EYES singer Elina Siirala, has released a new single, “Do It Anyway”. The single was mixed and mastered by Jay Ruston and Paul Logus (ANTHRAX, STEEL PANTHER) and made available as a special-edition digipack CD, which can be purchased from Nuclear Blast as well as in digital formats. The CD also features the previously unreleased track “Devil’s Voice Inside” and a live version of “Never Ending”, taken from ANGEL NATION‘s debut LP, “Tears Of Lust”, which was released under the band name ENKELINATION (“Angel Nation” in Finnish).

ANGEL NATION was created by Siirala in 2011 in London, with a passion for songwriting and self-expression in the realm of rock and metal. The band has shared stages with the likes of MEGADETH, LACUNA COIL and VAN CANTO, as well as headlining shows in both the U.K. and Finland.

ANGEL NATION‘s 2014 debut, “Tears Of Lust”, was met with critical acclaim across the board. The 2016 single “Do It Anyway” is the first release from the as-yet-untitled, follow-up album and continues the band’s unique blend of retro and modern rock/metal sounds. 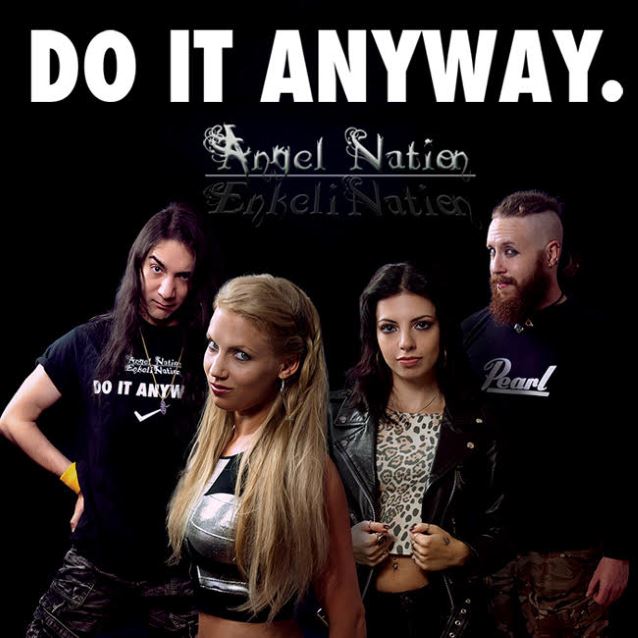