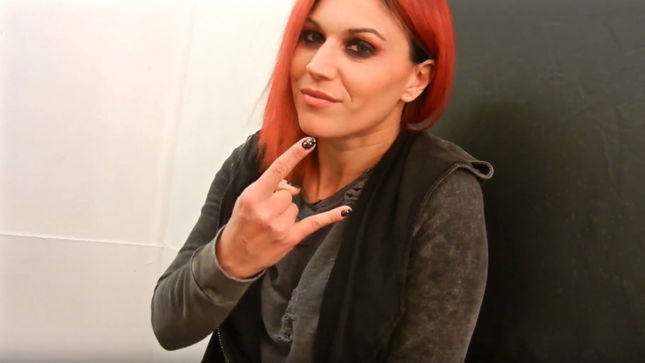 In the video below, she discusses the European tour with Forever Still, the new album Delirium, which according to Cristina is the heaviest Lacuna Coil record to date, the concept of the album, the lyrical aspect of the record and taking the producer duties on Delirium for the first time.

She also talks about the biggest change in the band since she joined Lacuna Coil, being a role model for females in the metal scene and the responsibility it possess to live up to the expectations.

Cristina also throws light on being ‘shocked’ when Donald Trump won the election over Hillary Clinton, how politics have divided the people, receiving threats from people on social media, surprise announcement during Christmas and more touring in the future.