KISS has canceled its previously announced concert in Manchester, England.

The legendary U.S. rockers had been scheduled to play at the Manchester Arena on May 30, just one week after a suicide bomb killed 22 people at an Ariana Grande gig at the same venue.

As a result, the Manchester Arena remains closed, which has forced the band to cancel their performance.

KISS said in a statement: “We are heartbroken by the atrocity committed against the innocent victims of Manchester.

“We sadly will not be able to play Manchester Arena on the 30th May.

“We have always looked forward to these shows and our local fans, but in light of recent events, a canceled rock show seems of such little consequence.

“Our thoughts and prayers are with the families and friends of those affected and all the people of Manchester at this difficult time. We are with you and you are in our prayers.”

Refunds for the the show will be granted to all ticketholders at the point of purchase.

KISS‘s other performances in the U.K. will go ahead as planned.

Several other artists — including BLONDIE and TAKE THAT — also canceled concerts in the wake of the attack. 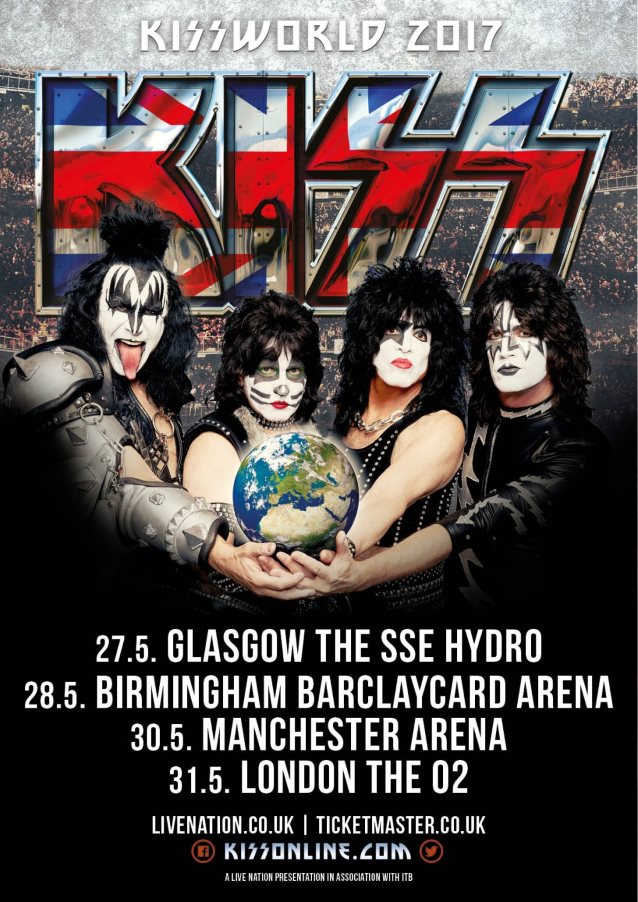