KISS has announced a series of arena shows across Europe in May 2017.

Paul Stanley, Gene Simmons, Eric Singer and Tommy Thayer slayed the USA across July, August and September 2016 with a successful arena tour. They heard the calls from their European fans and they return for the first time since 2015’s series of festival and arena shows across Europe.

Stanley told The Morning Call about KISS‘s setlist for the recent tour: “The cream has always risen to the top, and the people expect certain songs and they’ll get those, undoubtedly. And we’ll try to mix in some lesser classics. But the idea of playing obscure songs is only appealing to a die-hard fan who knows our albums inside out. To go up on stage and play unknown sons for a handful of people as opposed to playing the songs that everybody wants to hear is really not in our best interests or the audiences.”

He continued: “We want to do the best show and we want to blow away people who get to see us once every two years, five years, ten years. Those are the people who we put the show together for. If somebody come night after night or sees ten or fifteen shows on a tour, well, they may be asking why we don’t change the show up much. But the fact is we don’t change it up that much because once it’s great, you don’t mess with it. If you mess with it, you’re doing it more for yourself than for the audience. We want to do the best show possible.”

KISS has earned more gold album record awards than any American band in the history of the Recording Industry Association of America‘s (RIAA) gold and platinum awards certifications.

In the last 42 years, KISS has earned 30 gold albums (26 KISS albums and 4 solo albums that were all released simultaneously — a feat never before achieved by any band). KISS has 14 platinum albums, with three albums being multi-platinum.

KISS remains one of the most influential bands in the history of rock and roll. Decades of record-breaking tours around the globe have included high-profile appearances at Super Bowl XXXIII, the Winter Olympics in Salt Lake City, the Rockin’ The Corps concert dedicated to our troops in Iraq and Afghanistan, special guest appearance on the 2009 “American Idol” finale that boasted 30 million viewers and a 2010 Dr. Pepper Super Bowl commercial and advertising campaign in support of their Hottest Show On Earth tour.

Gene Simmons and Paul Stanley, with longtime members, guitarist Tommy Thayer and drummer Eric Singer, are stronger than ever with a legacy that continues to grow, generation after generation. Their last album, “Monster”, proved that they are still at the top of their game with impressive sales and topping the charts worldwide debuting at No. 3 in the U.S. on The Billboard 200 album chart and Top 10 in twenty other countries. The unparalleled devotion and loyalty of the KISS Army to the “Hottest Band in the World” is a striking testament to the band’s unbreakable bond with its fans. 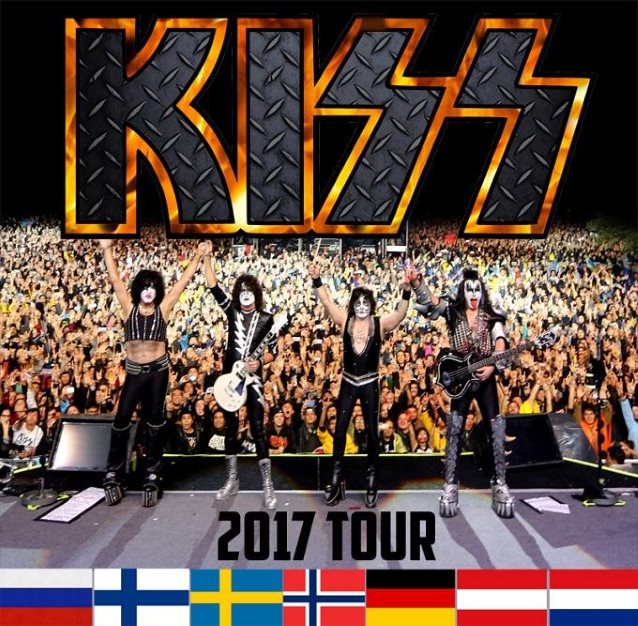