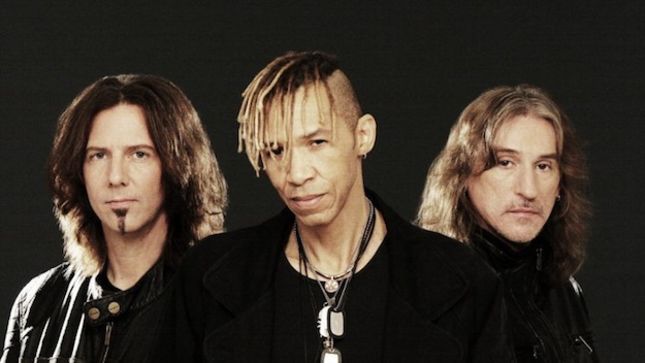 Progressive masters King’s X have re-released two of their classic albums. Gretchen Goes To Nebraska and Faith Hope Love are both available now via Metal Blade Records as a double vinyl. Additionally, Faith Hope Love has been repackaged on CD with two bonus live tracks recorded in Cleveland in 1992.

The band’s second studio album, 1989’s Gretchen Goes To Nebraska, is based loosely on a short story by drummer Jerry Gaskill and is considered a landmark album. The album contains many fan favorites such as the power ballad “Summerland”, “Mission”, and “The Burning Down”. The song “Pleiades” is credited by Ty Tabor as being the genesis of the King’s X sound when he presented the demo to the other band members a few years earlier. Significantly, the song “Over My Head” received considerable play on MTV and radio, and ultimately set the band up for broader success on subsequent albums.

For more details and to order go to KingsXRocks.com.

Rich Davenport’s Rock Show recently featured interviews with King’s X members Jerry Gaskill and Dug Pinnick, and an interview with up and coming band the Rocket Dolls, and is now available below:

King’s X drummer Jerry Gaskill talks about his ongoing recovery after suffering a heart attack in September 2014, thanks fans for their support, and gives an update on his second solo album, which is due out in 2015. Jerry chooses one of his favourite King’s X songs to play from a drumming point of view, and also selects a track from his first solo album, Come Somewhere, which features fellow King’s X member Ty Tabor on guitar.

Jerry’s other bandmate, Dug Pinnick also drops in to discuss his new Blues Rock project, Grinder Blues, whose debut album hit number 8 on the Billboard Blues chart. The band features Dug alongside two well-respected Blues musicians, the Bihlman brothers, who’ve played with the likes of Buddy Guy, and whose music has featured in Sons Of Anarchy. Dug talks about the band’s formation, album, and future plans, and also gives an update on some of his other projects. You’ll also hear two songs from the Grinder Blues album

The show also features an up and coming UK band The Rocket Dolls, who list King’s X as one of their major influences. Drummer Ben Knopfler talks about the band’s exciting and varied debut album Eyes, the making of the record, and the band’s future plans. Ben selects two songs from Eyes and one of his favourite King’s X songs.