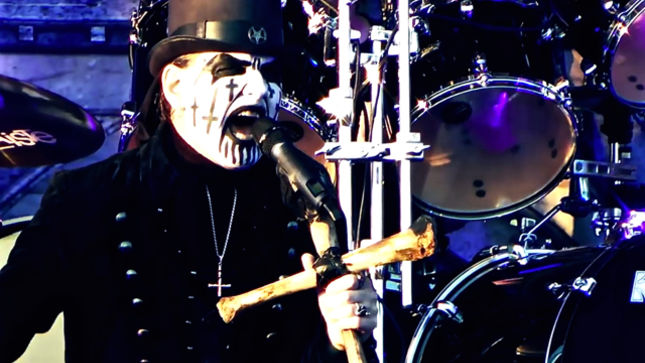 One of the most massively influential artists in the rock and metal scene, King Diamond’s incredible vocal performances under both his own name, and his former band Mercyful Fate – which featured current Motörhead drummer Mikkey Dee – has demanded the attention and adulation of fans across the globe. The Danish singer also counts a number of high profile artists in the world of metal as fans, including the likes of Dave Grohl, who invited King to guest on his Probot album, Trivium’s Matt Heafy, who collaborated with the Danish singer on the Roadrunner United project, as well as being covered by Metallica, who as well as inviting King Diamond to perform alongside them on stage, immortalized him as a playable character in their 2009 video game Guitar Hero: Metallica. 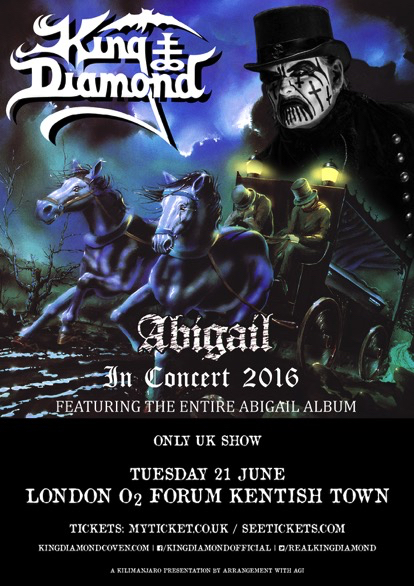 King Diamond will host his first full UK indoor headline performance in over 15 years at London’s O2 Forum Kentish Town on June 21st, where they will, as part of their live set, perform the iconic Abigail album in its entirety for the first and possibly last time ever in the UK, as well as numerous other hits. This will be the most ambitious theatrical horror production by King Diamond to date. Both sonically and visually this will take the band to a whole new level.

King Diamond’s scheduled show tonight (December 4th) at the House Of Blues in Houston, Texas has been cancelled. A message from King Diamond follows:

“Houston, we are very sorry to inform you that there is unfortunately no chance for King Diamond to perform at the House Of Blues this Friday, the 4th of December, due to the acute laryngitis, which caused the cancellation in Oklahoma this Tuesday.

“An unforeseen effect of the anesthetic used in the examination this past Monday has delayed the healing process. King has for once been silent, trying his damnedest to bring enough vocal chords back to complete the rest of the tour.

“There is still hope for Dallas on Saturday, but do keep an eye on our Facebook just in case.

“Again, Houston, we are very very sorry. You know how much we love playing for you.” 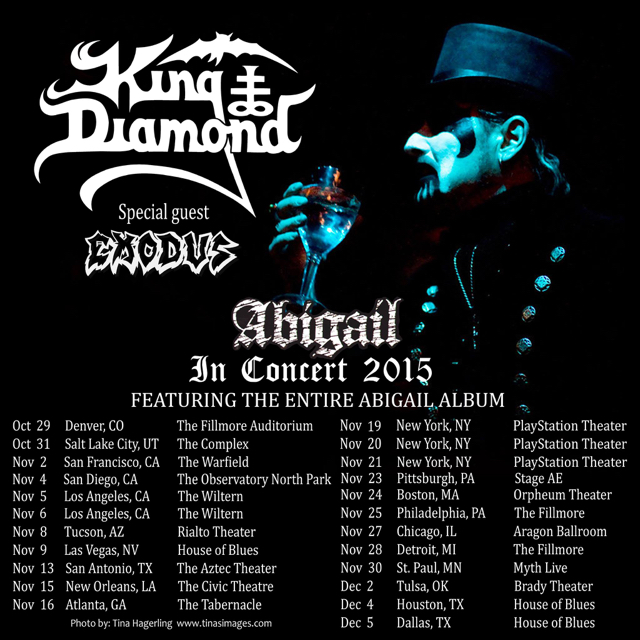