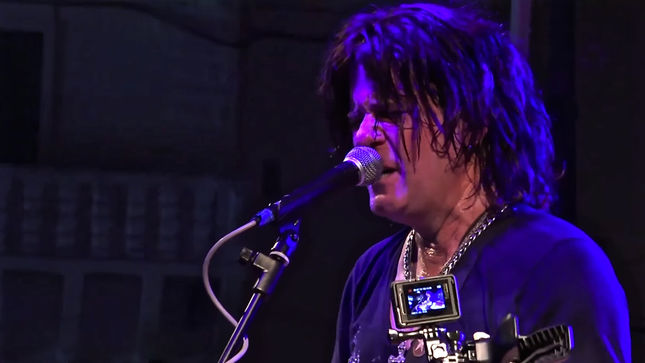 Kee Marcello’s new studio album, Scaling Up, will be released on October 14th. The album track “Wild Child” is streaming below:

With Scaling Up, Kee Marcello is using his past as a springboard to take a giant leap into the future! With the new music firmly grounded in the songwriting tradition that made him a multi-platinum rock star in the first place, Kee explores the boundaries of melodic hard rock with a contemporary performance that nods to his past and employs sizzling production. This is an album all his fans will have to pick their jaws up off the floor after hearing.

Kee Marcello is a unique artist in the hard rock genre. He has never stopped evolving and growing as both a writer and a guitarist and the new album illustrates how much he has managed to raise the bar yet again with both his guitar playing, singing and writing.

Conceived and recorded in the winter and spring of 2016, Scaling Up encompasses all the influences and genres in which the Swedish musician has been involved in since the start of his career. Besides the obvious resemblances to Europe’s classic sound, Kee also gives a nod to his past in Easy Action.

Speaking of Europe (particularly the Prisoners In Paradise era), Kee took two officially unreleased songs, “Wild Child” and “Don’t Know How To Love No More”, and re-arranged and re-recorded them from scratch. Beyond those two tracks, you can hear a touch of sleaze and more classic hard rock on songs like “Fix Me”, “Blow By Blow”, and “Soldier Down”.

Kee Marcello says: ”The whole idea of Scaling Up is to, very respectfully, use the music of my past as a canvas to paint a picture of where I stand today and what I aim for in the future as a guitarist/singer/writer. I think we’ve got the balance of now and then just right, and it’s performed by the best group of musicians I’ve ever had the honour of playing with!”

Kee Marcello is one of the most renowned guitarists from Scandinavia and has an amazing history to his name. He’s best known as the guitarist – from 1986 to 1992 – of one Sweden’s biggest musical exports, Europe. In the late ’80s and early ’90s, Europe were one of the biggest rock bands in the world. They sold over 30 million albums, landed at #1 on sales charts in 26 countries and shared the biggest stages with acts like Metallica, Def Leppard and Bon Jovi. Kee is now also enjoying a new wave of success as a TV persona in Sweden, as well as being involved in other musical projects. 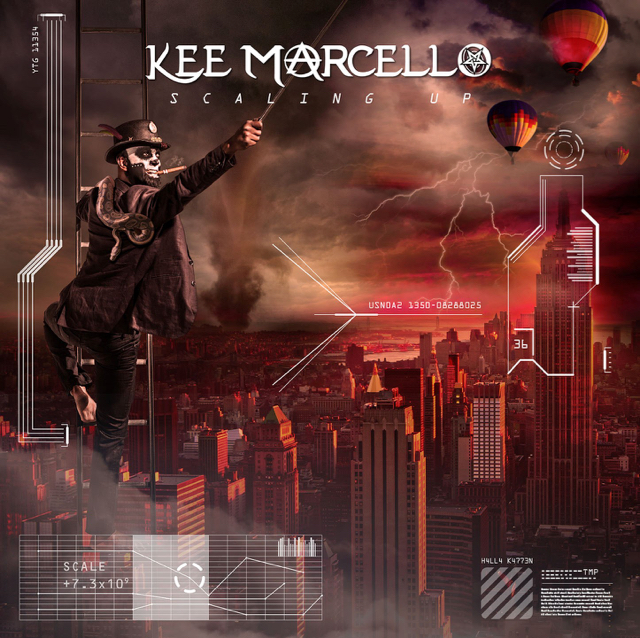 Produced and arranged by Kee Marcello, mixed by Tobias Lindell.

Look out for Kee Marcello playing in a town near you soon. Confirmed tour dates below, with more to be added soon.