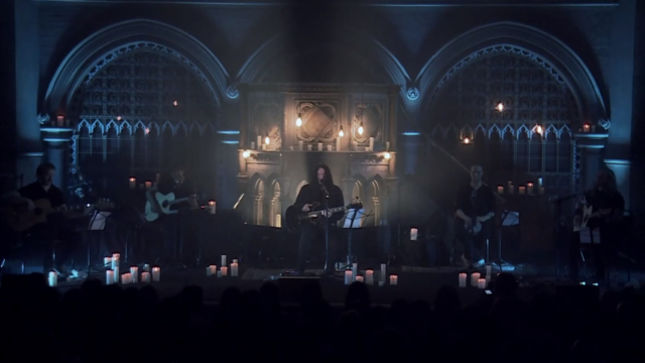 Swedish masters of melancholy, Katatonia, have released a live video for “Day”, from their upcoming concert film, Sanctitude, to be released in North America on March 31st (March 30th UK, RoW, April 3rd Germany) via Kscope.

Katatonia’s Anders Nystrom comments: “Day… something you wake up to, or at least have to pull through, over and over. Most of them you forget about, but a couple you maybe look back upon and wish to relive again. Unfortunately in reality, I’m afraid that’s not possible, at least not until Apple buys NASA and releases a new version of their Time Capsule backup machine and send people into the cloud and back into history to fetch an older version of their lives, but luckily for us, there’s a current control of our music that doesn’t need time travel. We have always felt that if there’s a need, we’re entitled to the freedom to give our old songs a makeover in the now rather than the never. So, in the making of Sanctitude there was one song in particular that meant a great deal to us. In fact, it was our first song ever to feature entirely clean vocals accompanied by clean guitars and it was written and released right in the peak of our death metal years. The song stood out, but isolated itself into oblivion in the climate of heavier music. Therefore we wanted this song to get a second chance, to be re-discovered. Even 20 years later when performing it live for the first time, it appears the parks are still grey and look the same…”

Sanctitude will be released in four formats: 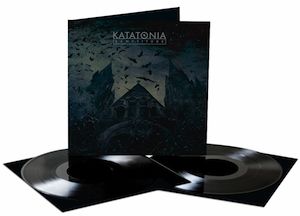 Sanctitude can be pre-ordered in physical formats via the Kscope web-store at this location. A Sanctitude teaser trailer can be seen below.

Sanctitude was filmed and recorded in the stunning, candle-lit setting of London’s Union Chapel during Katatonia’s May 2014 Unplugged & Reworked tour – an intimate acoustic evening performing tracks from the Dethroned & Uncrowned album alongside atmospheric classics from the band’s entire career, stripped and reworked. The 80 minute set features 17 songs across the albums The Great Cold Distance, Viva Emptiness, Brave Murder Day, Last Fair Deal Gone Down, Dead End Kings and Dethroned & Uncrowned, including fan favorite, “Teargas.” The show closes with the sublime “The One You Are Looking For Is Not Here” and a special guest appearance by Norwegian vocalist Silje Wergeland of Dutch legend, The Gathering. The band was also joined on guitar and vocals by The Pineapple Thief frontman and songwriter, Bruce Soord.

“As a band we set out on uncharted waters, but while apprehensive about the journey ahead, our intentions couldn’t have been more genuine to undertake this beautiful experience,” commented guitarist, Anders Nystrom. “Sailing this project into harbor turned out to be bliss and has ultimately enriched all the members of Katatonia.”

All audio on Sanctitude has been mixed and mastered by Bruce Soord, with artwork once more supplied by long-time visual collaborator Travis Smith. 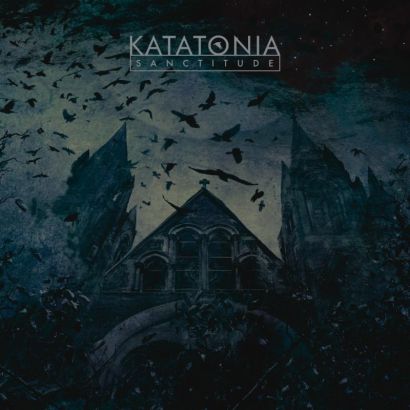 Katatonia was formed in 1991 by Anders Nyström and Jonas Renkse. Its debut album, Dance Of December Souls, was released in 1993, gaining the band recognition for its eclectic brand of gothic doom/death metal and joining acts such as Paradise Lost and My Dying Bride as one of the genre’s defining bands. On future albums, a newer, sleeker Katatonia sound came to the fore, starting with a streamlined and structured collection of melodic dark rock songs that became third album, Discouraged Ones, which is widely regarded as the main evolution point for modern day Katatonia.