Noted British heavy metal producer and current JUDAS PRIEST touring guitarist Andy Sneap is among six people from Derbyshire who were honored at the University Of Derby’s graduation ceremonies this week.

Sneap received his honorary degree on his 50th birthday (Thursday, July 18) in front of thousands of graduating students, their families and friends at a ceremony at the Derby Arena.

Sneap, originally from Belper, has earned acclaim for his work as a rock musician and producer, working with some of the world’s top heavy metal bands, such as JUDAS PRIEST, MEGADETH, EXODUS and TESTAMENT.

He was made an Honorary Master of the University for his contribution to the rock music industry in the U.K. and overseas.

Video of Sneap‘s acceptance speech can be seen below beginning at around the 44-minute mark.

Prior to the event, Andy said: “After 30 years of producing and playing guitar, this award has finally made my dad [pictured below with Andy’s mother and Andy] realize I have a proper job!

“Even though I’m used to playing to large crowds, this will be an interesting experience, to say the least. It is certainly unexpected, but also somewhat flattering to have the contribution I have made to the music I love recognized in this way in my home city.”

After receiving the honorary degree, Sneap wrote on his Facebook page: “[My 50th birthday] was a very different day, as some of you may have seen. I was made an honorary master of the universe by the lovely folk at Derby university. I would like to point out this does not make me Dr. Sneap, as [JUDAS PRIEST singer] Rob Halford seems to have renamed me, although I fear this title will now stick with me for the foreseeable future.”

When Glenn Tipton was forced to retire from full-time touring activities due to his diagnosis with Parkinson’s disease, he and his PRIEST bandmates opted to hire Sneap to fill in, having gotten to know the producer when he helmed the group’s latest album, “Firepower”.

JUDAS PRIEST bassist Ian Hill recently said that it’s up to Sneap to decide if he wants to carry on playing guitar for the band after the completion of the “Firepower” world tour.

We’re live from Derby Arena for Award Ceremony 3! Congratulations to everyone graduating from the College of Arts, Humanities and Education! #DerbyGrad 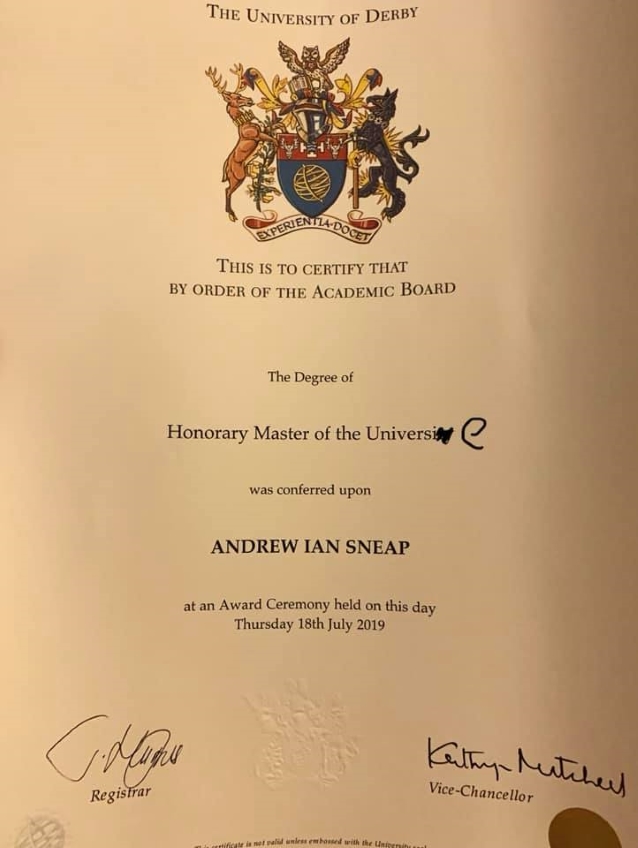 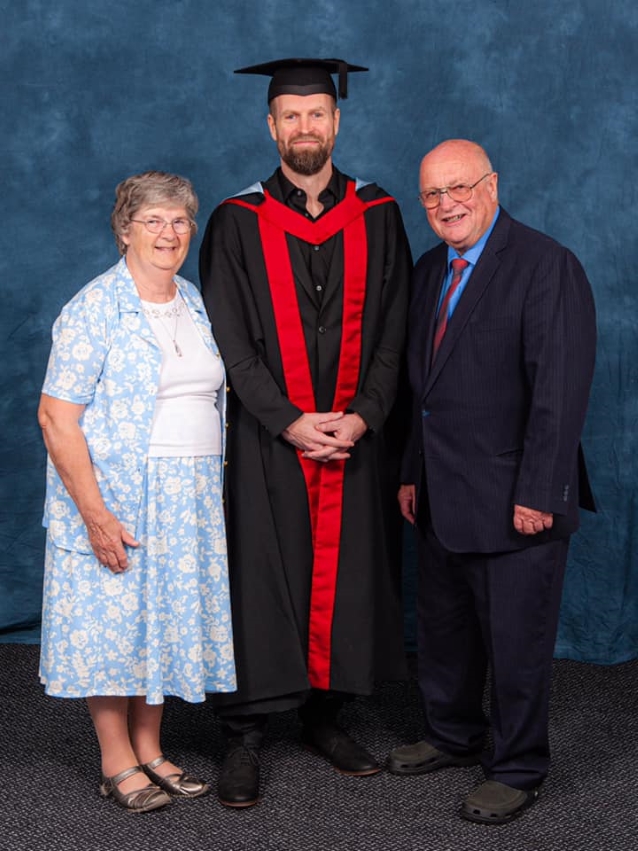