In a career that spans nearly 30 years and includes over 60 album credits, Joe Lynn Turner remains one of rock and roll’s most distinctive, soulful and expressive vocalists. Best known for his work with hard rock band RAINBOW, during his career, Turner fronted pop rock band FANDANGO, and had stints with Yngwie Malmsteen and DEEP PURPLE. From the mid-1990s, he worked with various musical groups (MOTHER’S ARMY, HUGHES TURNER PROJECT, SUNSTORM, etc.), while pursuing a solo career.

Now, much to the excitement of Joe Lynn Turner fans worldwide, Cleopatra Records is issuing a vintage unreleased live album from the vaults of legendary hard rock vocalist of the mighty RAINBOW titled “Street Of Dreams – Boston 1985”. Recorded during the tour of Turner‘s then-newly released debut solo album “Rescue You”, the set includes a couple of nods to RAINBOW with brilliant renditions of “Stone Cold” (RAINBOW‘s first ever Top 40 U.S. single) as well as “Street Of Dreams”.

Says Joe about the concert recording: “That night at the Boston Paradise, it was outstanding. I can remember seeing the audience and I remember there was an awkward pillar — I guess it was a support column in front — not directly in front, but enough to block some of the view. But the stage was an actual concert stage. AEROSMITH and all those guys used to always play there, the Paradise. So I can remember actually going on and playing the set, how it felt because it was absolutely exhilarating, and the audience was just crazy.”

A year out from departing Ritchie Blackmore‘s RAINBOW, whom he led through three classic albums earlier in the decade, Turner had just released his first solo album, “Rescue You”, produced by Roy Thomas Baker. This live show was, for obvious reason, weighted towards “Rescue You”.

Joe recalls: “This was our first tour out, and I’m not sure if we were opening for someone at the Paradise, but if we were, then they had a pretty difficult time because the crowd was absolutely bananas for us, and we were hot. We were really on top of our game, the whole band and it sounds it, you can hear it, everyone is playing with incredible energy and enthusiasm and very precise.” 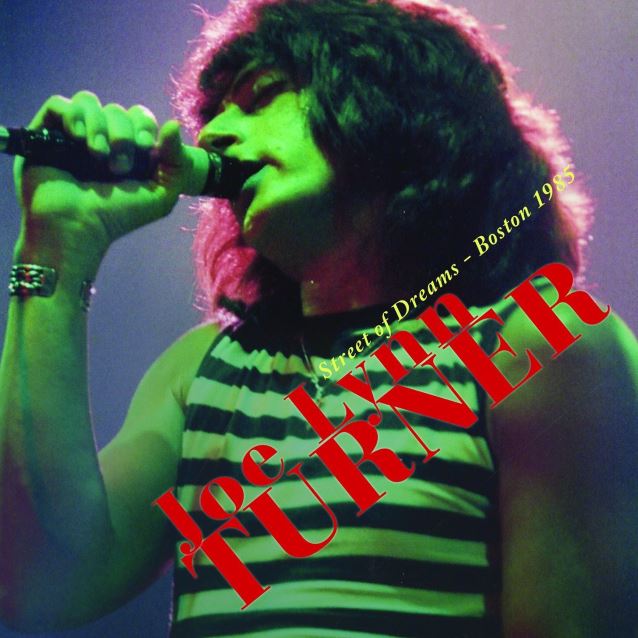