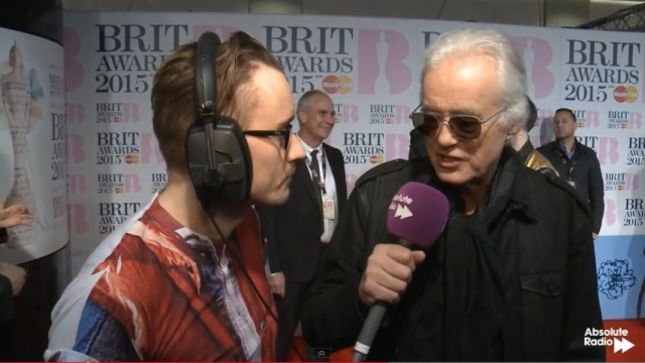 Absolute Radio caught up with legendary Led Zeppelin guitarist Jimmy Page at the Brits 2015 and he talks about drinking at awards shows and gives advice to younger artists.

In celebration of today’s 40th anniversary of Led Zeppelin’s legendary double-LP from 1975, BraveWords has teamed up with Warner Music to give away the ultimate Physical Graffiti prize-pack!

To enter the contest you must “Like” BraveWords on Facebook and then send us an email to contests@bravewords.com with the subject line “Let’s Get Physical!” The winner will be chosen at random. Contest closes this Friday, February 27th. Please include your snail mail in your email! 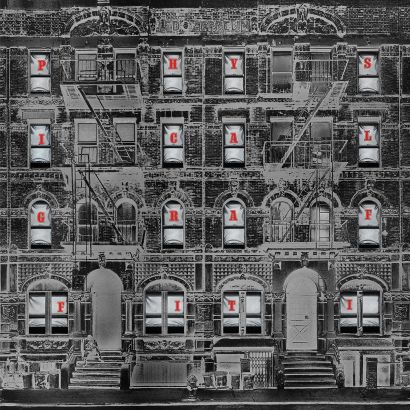 This is a deluxe 3CD package of Led Zeppelin’s sixth album, with the original artwork, plus the newly created negative artwork for the companion audio. The original album is newly remastered on 2 CDs; the third CD features previously un-released studio outtakes. Includes a die-cut square slipcase to hold three wallets, booklet, U-card, slipcase prints and a 16 page booklet. 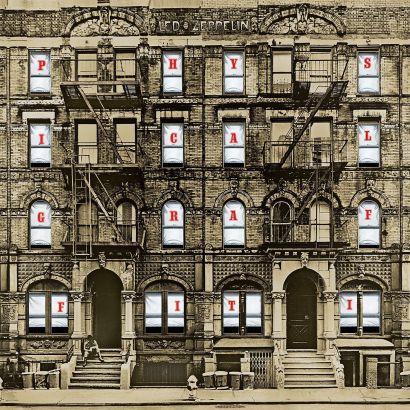 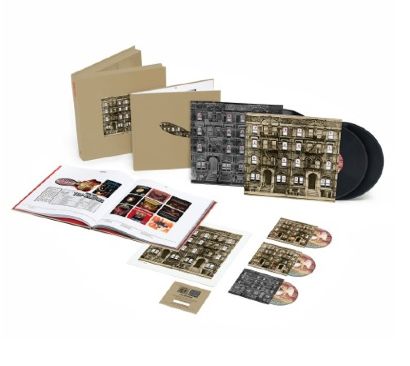 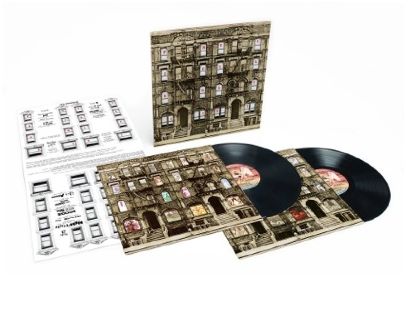 The deluxe edition of Physical Graffiti is available in multiple CD, vinyl, and digital formats, as well as a limited edition super deluxe boxed set (see video below):

In 1968, John Bonham, John Paul Jones, Jimmy Page and Robert Plant formed Led Zeppelin, one of the most influential, innovative and successful groups in modern music, having sold more than 300 million albums worldwide. The band rose from the ashes of The Yardbirds, when Page brought in Plant, Bonham and Jones to tour as The New Yardbirds. In 1969, Led Zeppelin released its self-titled debut. It marked the beginning of a 12-year reign, during which the group was widely considered to be the biggest and most innovative rock band in the world. 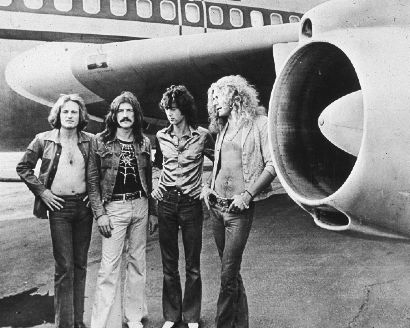 Led Zeppelin continues to be honored for its pivotal role in music history. The band was inducted into the Rock & Roll Hall of Fame in 1995, received a Grammy Lifetime Achievement Award in 2005, and a year later was awarded with the Polar Music Prize in Stockholm. Founding members Jones, Page and Plant – along with Jason Bonham, the son of John Bonham – took the stage at London’s O2 Arena in 2007 to headline a tribute concert for Ahmet Ertegun, a dear friend and Atlantic Records’ founder. The band was honored for its lifetime contribution to American culture at the Kennedy Center Honors in 2012. In January of 2014, the band won their first ever Grammy award as Celebration Day, which captured their live performance at the Ertegun tribute concert, was named Best Rock Album.