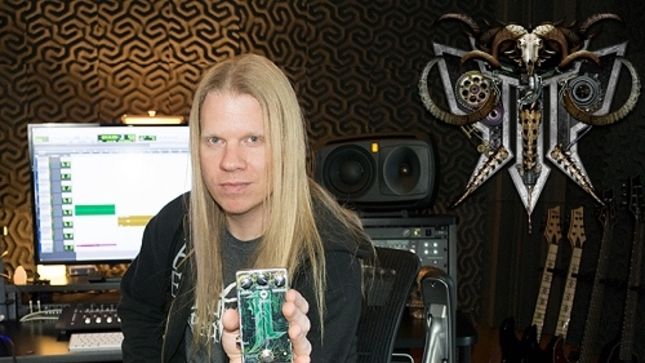 The Jeff Loomis Signature Overdrive is an extension of Pro Tone’s flagship pedal – the Dead Horse Overdrive. Assembled by hand in the USA, Jeff’s pedal features custom artwork from “Mister-Sam” Shearon, true hardwire bypass operation, durable construction, and the traditional volume, tone, and gain controls with the addition of a bass contour switch. The stand-out feature unique to the Jeff Loomis Overdrive is its bass filtering toggle switch allowing users to select the low frequency response between 339 Hz and 72 Hz. This allows the tone-stack to cover the full frequency range of a typical seven string guitar rather than the bass cutting sweep found in most overdrives.

The Jeff Loomis Signature Overdrive is a limited edition of only 200, and will be available in two colors: Green and Blue… only 100 of each color will be produced. The first 50 orders will come autographed by Jeff. 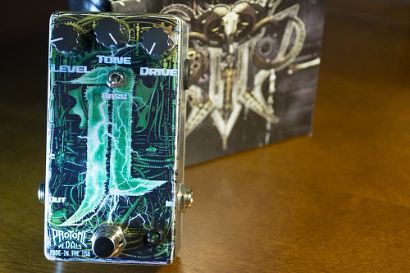 The Jeff Loomis Limited Edition Overdrive will be available exclusively at ProtonePedals.com.

Jeff burst onto the scene with his furious guitar work in the genre blending Nevermore, followed by a string of solo releases, the instrumental supergroup Conquering Dystopia, and is now currently headlining shows all over the world as the newest addition to the metal juggernaut Arch Enemy.