Rising stars of Japan’s metal scene LOVEBITES have just released their sophomore full-length album, “Clockwork Immortality”, via Arising Empire. The official track video for the disc’s latest single, “Pledge Of The Savior”, can be seen below.

LOVEBITES leader and bassist Miho says: “‘Clockwork Immortality’ features the strongest, most powerful elements of our second EP, ‘Battle Against Damnation’, with the speedy and melodic elements of our debut album, ‘Awakening From Abyss’. This is the evolution of LOVEBITES so far. I would be happy if you can feel the power overflowing from each song.”

“Clockwork Immortality” includes ten new recordings and sees Finnish engineer supremoes Mikko Karmila and Mika Jussila return to mixing and mastering duties, respectively. It is the same team responsible for working on releases from CHILDREN OF BODOM, NIGHTWISH and STRATOVARIUS, among many others.

LOVEBITES consists of Asami (vocals), Miho (bass), Haruna (drums), Midori (guitars) and Miyako (guitars/keyboard). The LOVEBITES sound owes a debt to the many great overseas heavy metal bands that have directly influenced their writing. Coupled with their own unique take on music, taking a piece from each member’s eclectic background and experiences, everything has culminated into forging a truly formidable group.

Last fall, Asami, Haruna, Midori, Miho and Miyako performed their first overseas live show in London. On the heels of this success, the all-female band won the “Best New Band” award at the Metal Hammer Golden Gods Awards in June 2018. LOVEBITES released its second mini album, “Battle Against Damnation”, that same month, and followed it up with appearances at Wacken Open Air in Germany and Bloodstock Open Air in the U.K.

LOVEBITES‘ first European tour kicked off on November 13 and included stops in the Netherlands, Germany, France and the U.K. 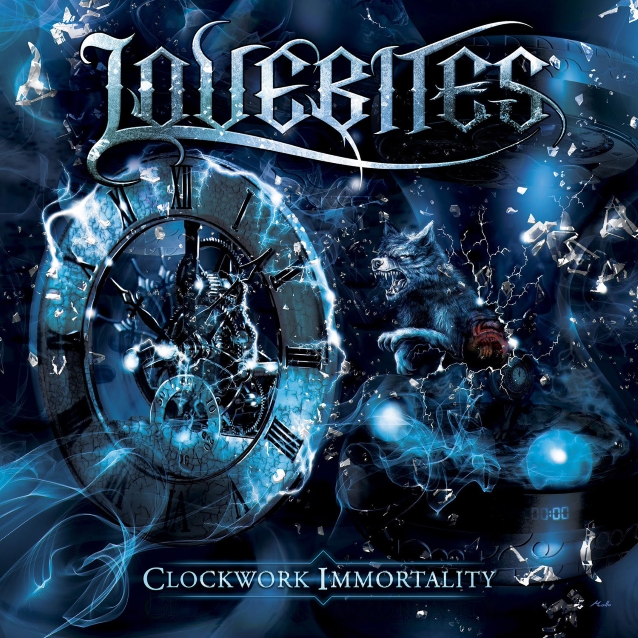