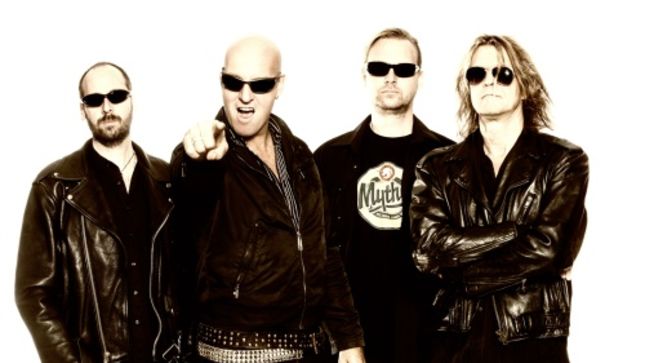 German speed/power metallers Iron Savior checked in with an update and revealed their new album is titled Titancraft.

The band’s message reads as follows:

“Right now we are putting the final touch on the new album and the long but very successful way of doing this album reaches its end. I am super-duper happy with the songs and the mix! This weekend we will record all backing choirs. Looking absolutely forward to this! And this time we have a guest with us: Frank Beck will hop over to Hamburg to lend his voice also to the mighty backing, haha! Also Felipe (Machado Franco) came up with a killer artwork once more, which suites the album title TITANCRAFT really perfect. So all couldn’t be better at this point!!!”

Iron Savior released their first ever DVD/Live CD Live At The Final Frontier on May 29th, 2015. It includes the recordings of the band’s show in their hometown Hamburg (from January 2015) and comes as exclusive DVD/2CD digipak.