The special takeover features classics, full concerts and all the new songs from the band’s new album, “The Book Of Souls”, which is scheduled to be released on Friday, September 4. The takeover also features major artists like ANTHRAX, DEFTONES, TESTAMENT, MACHINE HEAD, EXODUS, TRIVIUM and Chris Jericho (FOZZY) talking about IRON MAIDEN‘s music and the impact it has had on their lives. Additionally, vocalist Bruce Dickinson will host a live “Iron Maiden Pub Crawl” special on Thursday, September 3 at 10:00 p.m. ET. Dickinson will take calls from SiriusXM subscribers and give shoutouts to the bars and fans across North American hosting IRON MAIDEN listening parties the night before the album’s release.

IRON MAIDEN‘s takeover broadcast, which began airing Monday, August 31 at “2 Minutes to Midnight,” will air through Tuesday, September 8 via satellite on Liquid Metal, channel 40, and through the SiriusXM App on smartphones and other connected devices, as well as online at siriusxm.com. Subscribers will also be able to listen to the broadcast via SiriusXM On Demand through the SiriusXM App for smartphones and other mobile devices and online at siriusxm.com.

IRON MAIDEN announced in May that touring plans to support the album wouldn’t happen until 2016 to allow Dickinson time to fully recuperate after his successful cancer treatment.

“Whenever we do a new album, we always go out with a new stage show; that’s exciting in itself,” bassist Steve Harris said. “We always feel like every show is sacred these days anyway, and I suppose even more so now after the scare with what’s happened with Bruce. It makes everything more important to us.”

He continued: “‘The Book Of Souls’ is a really powerful album, we’re really proud of it and we can’t wait to come out and play new songs on the tour. We’re really looking forward to it.” 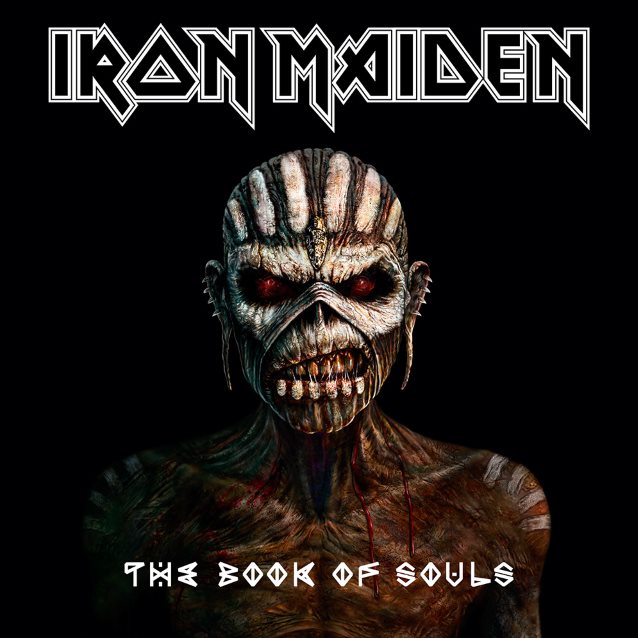