IN THIS MOMENT will head out on the road this spring with SEVENDUST, LIGHT THE TORCH and HYDE.

The dates are as follows (venue details to be announced):

Tickets go on sale on Friday, January 25 at 10 a.m. local time (except for Mankato, which goes on sale on February 1).

IN THIS MOMENT has spent the last few months working on music for the follow-up to 2017’s “Ritual” album.

Singer Maria Brink told New York’s Q103 radio station that IN THIS MOMENT is riding a wave of energy by continuing to play shows while finding ways to stay musically inspired. “We’re so grateful and lucky that in our career… We’re like the slow tortoise that could — we’re really slow, but we have this slow, steady uphill [climb],” she said. “‘Cause we’re six albums in and we have the highest sales that we’ve ever had, we’re getting the biggest offers we’ve ever had, we’re climbing up to the top, we’re headlining certain festivals. We can’t believe it — we’re the strongest we’ve ever been — so we don’t wanna ruin our momentum and all of a sudden disappear for a really long time. We feel really empowered, we feel really creative and kind of excited. So we just wanna dive into it, we wanna start creating, we wanna start bringing all these things alive so that next summer we can be coming back out and just keeping this strength growing. And we love it and we live for it. So it kind of keeps us feeling alive.”

Last year, IN THIS MOMENT guitarist Chris Howorth told Guitar Interactive magazine that the band will tentatively enter the studio in February to begin recording its next album.

“Ritual” included an eerie cover of Phil Collins‘ “In The Air Tonight”, and Brink told KLAQ‘s Lisa Sanchez that there is a good chance the follow-up effort will see the band tackling yet another classic song.

“I don’t what we’re gonna do yet, but I definitely wanna do [a cover],” Maria said. “I love doing covers. Labels always like ’em anyway, cause they use ’em for other things and stuff too. So I’m actually on the hunt right now [for] what to cover.” 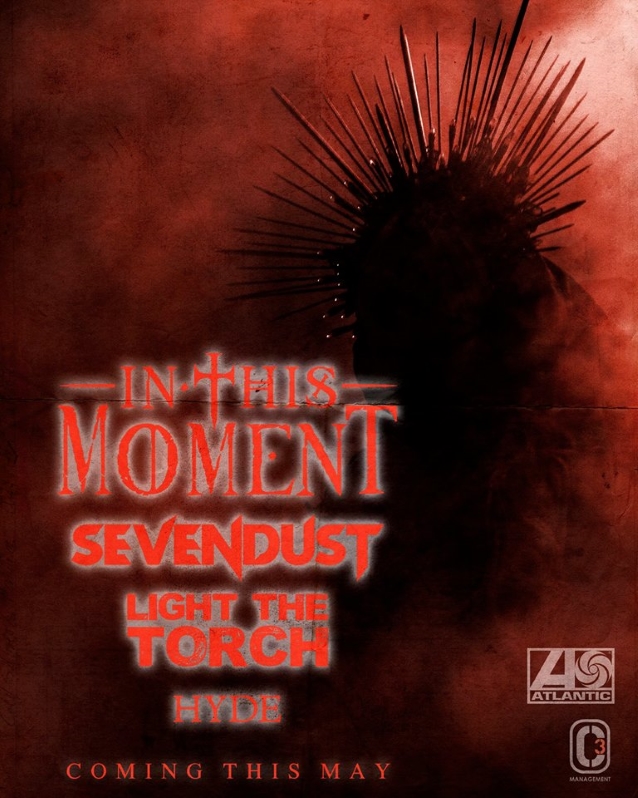