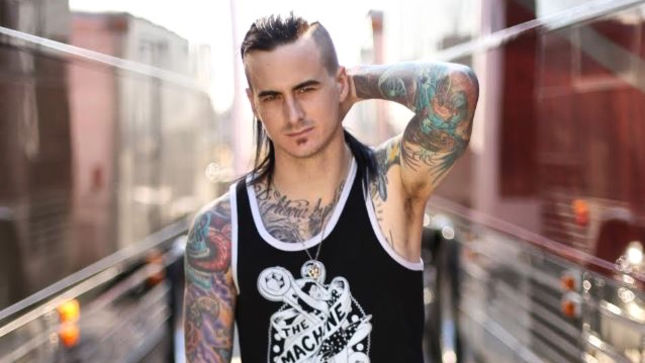 Pearl Drums welcome a stellar new member to their famed Artist Roster, drummer Joe Rickard. Joe was voted one of the Up & Coming Drummers and one of the Rising Stars of the past few years, and was just announced being the new timekeeper for Swedish metal titans In Flames

From February to April of 2016, In Flames recorded their newest album, Battles with legendary producer Howard Benson, who introduced them to one of his trusted and extremely talented studio drummers… Joe Rickard.

Joe had formerly been a member of Grammy nominated Red, toured with numerous bands such as Islander and Red, and has played drums on many successful albums for artists such as Red, Vamps, Starset, Brian “Head” Welch and In Flames’ upcoming new album Battles.

Performing and recording with Red gave Joe the opportunity to play some of his dream shows like The Conan OʼBrien Show and The Tonight Show with Jay Leno. Most importantly, it gave him a creative freedom that went far beyond being “just the drummer.”

Encounter Joe off the stage, and you’re probably going to run into someone who’s either just come from practicing, studying or writing, or is on his way there now. He’s that into it. “I love watching really great drummers and trying to figure out what they do”, Joe explains. “I also spend a lot of time recording, writing and working on parts. Being consistent every show is what I strive for.”…“I asked for a drum kit when I was 13 and I was absolutely hooked; obsessed, even.” Joe remembers.

Joe currently lives in Los Angeles and is in and out of the studio doing sessions for major producers. You might have seen him out on the road also though, playing for many different artists. Joe: “I love being able to play for so many different artists. From hip hop, singer/songwriter, pop, rock, and of course metal. It’s really keeping me on my toes going from gig to gig. Always pushing myself to get better. I love drums, it’s what I enjoy the most. I am so grateful to be doing what I love to do and working with amazing people and I am extremely honored that Pearl is welcoming me to the Pearl family. It’s definitely an exciting time in my life and I can’t wait to get all of this started!”

In Flames: “Joe has such natural talent behind the kit; it seemed effortless. Once we witnessed him laying down drums to our own songs with parts we couldn’t have imagined better ourselves — we knew we had to have him join In Flames. During nearly two months recording in Los Angeles with Howard Benson, Joe quickly became not only a musician that we highly respected, but also a friend and we are proud and excited to finally announce that Joe Rickard will be taking over the drums for In Flames. We feel by adding such a talented and pure musician to our band and brotherhood that we are doing Daniel a great justice in ensuring his hard work and talent will continue on.”

Joe will be playing the highly acclaimed Pearl Reference series. Sonically, it’s looks, plus the fact the gear needs to endure In Flames’ heavy touring schedule still making sure it performs each and every gig, the Reference series will fit the high Swedish standards of In Flames just perfectly — together with Joe it will be the solid backbone of the band!

Joe continues: “I’m a huge fan of Pearl Reference series, the sound, the look. It’s exactly what I’m wanting to play on stage and be part of the look and sound of In Flames.” 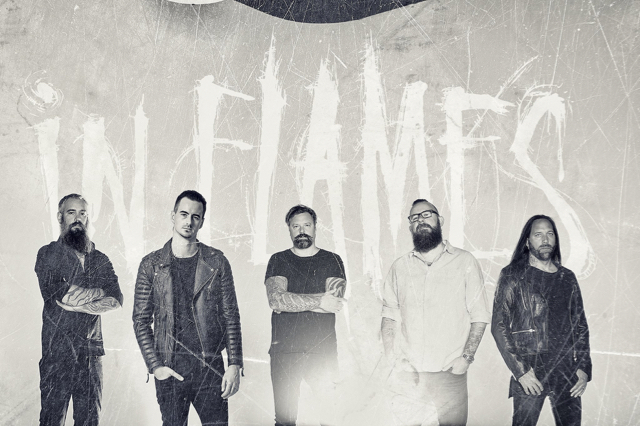 In Flames, have released an official music video for “The Truth”, a track from their twelfth full-length studio album, Battles, out November 11th via Eleven Seven Music in North America and Nuclear Blast globally excluding North America. Watch below:

Recorded in Los Angeles, the 15-track album sees the band taking a new approach while staying true to their vision and encompassing their unique, signature sound. In Flames brought in Grammy-nominated producer Howard Benson (Papa Roach, My Chemical Romance, The Used) as a collaborator on Battles, creating an album that speaks to all In Flames fans alike. 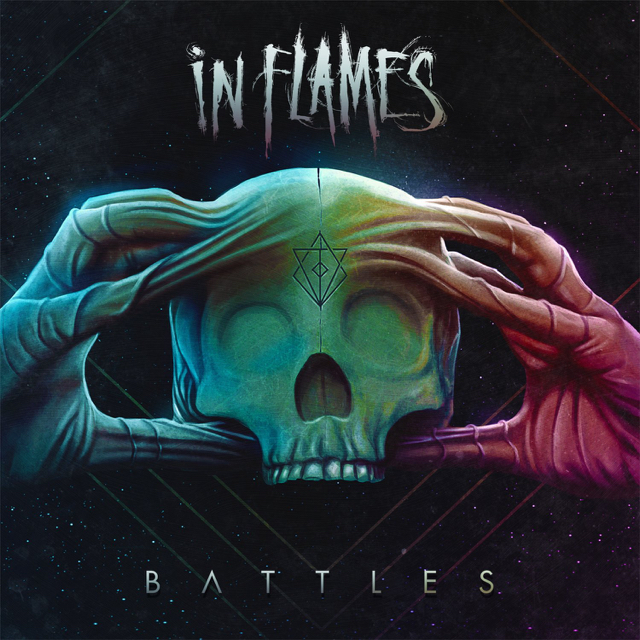 “I think being in California really affected this album in the sense that we had a studio in the house that we were staying at and the vibe was really relaxed which lent itself to productivity,” says vocalist Anders Fridén. “It really helped having a producer who could make us focus on what we needed to accomplish and keep us on track,” he adds. “This was a very new approach for us because we’ve never let anyone else in the way we did with Howard,” says guitarist Björn Gelotte.

In Flames and Hellyeah have announced their 2016 co-headline Forged In Fire Tour of North America, kicking off November 12th in Orlando, FL. Spanning 28 cities across the US and Canada, the heavy metal tour of the fall will be supported by new bands From Ashes To New and Source on all shows (except Orlando FL). 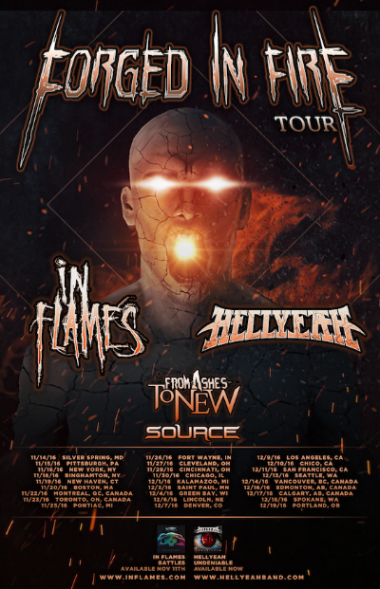 In Flames will be performing a string of dates in the UK alongside Avenged Sevenfold and Disturbed.