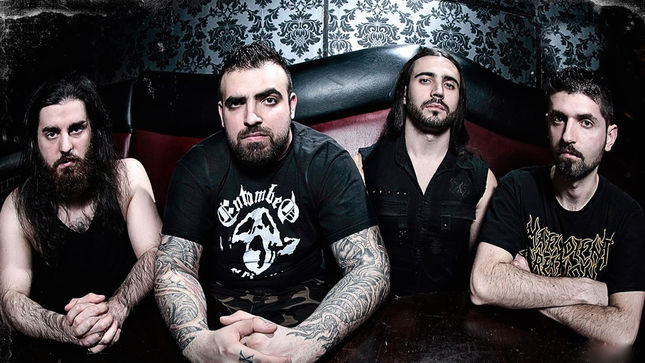 Italy’s Hour Of Penance will release their seventh full length album, Cast The First Stone, via Prosthetic Records on January 27th. Below you can hear a sample of the track “XXI Century Imperial Crusade”. The full song will be available this Friday (November 25th).

The follow-up to 2014’s Regicide, Cast The First Stone was recorded at Kick Recording Studio by bassist, Marco Mastrobuono. Artwork for the album, as seen below, was completed by Gyula Havancsak.

Giulio Moschini, lead guitarist and songwriter goes into more detail on the album, “Sonically speaking, this is the best sounding album we’ve ever recorded. We really worked hard on this, listening to the album countless times before finally delivering the masters to Prosthetic Records. It was definitely worth the wait and we’re 100% satisfied by the great work Marco has done behind the mixing desk. We’ve literally spent weeks trying different mic techniques, hardware and preamps;  all trying to avoid plug-in technologies as much as we could. We wanted our album to sound more dynamic and I think that we’ve achieved that 100%.”

Regarding the concept of the album, vocalist Paolo Pieri says it revolves around the idea that the injustices suffered during the Crusades and Colonialism do not justify the chain of hate that propagandizes the destruction of the West. Pieri expands on this, “I believe that the political situation in recent years has brought to light again a millennial conflict between West and East. Events like the terrorist attack at the Bataclan, where we only played a few months before the massacre, have influenced the lyrics on this record very much. It does not matter who has thrown the first stone, but who first evolved his ideology to seek peace and coexistence instead of war to the bitter end.” 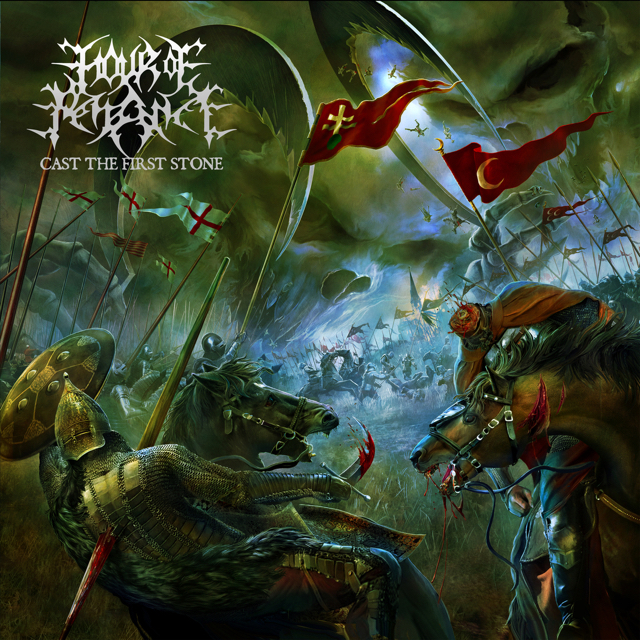 Hour Of Penance is: