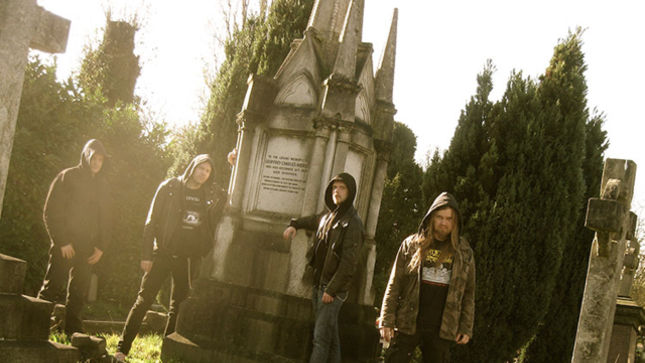 Finnish death/doom horde, Hooded Menace, are preparing to enter the studio to record their fourth full-length and first new record since 2012’s Effigies Of Evil. The band will be entering Skyhammer Studio in the UK to record with Chris Fielding (Electric Wizard, Napalm Death) while Brad Boatright (Yob, Vallenfyre) will be mastering the album at Audiosiege in the US.

Justin Bartlett (SUNN O))), Kvelertak), with whom the band worked on their 2010 split 7″ with Anima Morte, will be handling the cover art and layout. Expect the album to drop in the latter half of 2015 via Relapse Records.

Hooded Menace recently released a compilation of splits and EPs entitled Gloom Immemorial via Doomentia Records. The compilation is available at this location, while the band’s last full-length Effigies of Evil can be streamed below.

Hooded Menace have confirmed a pair of live appearances including Denmark’s Heavy Days in Doomtown and Finland’s Jalometalli Festival. Dates are listed below.