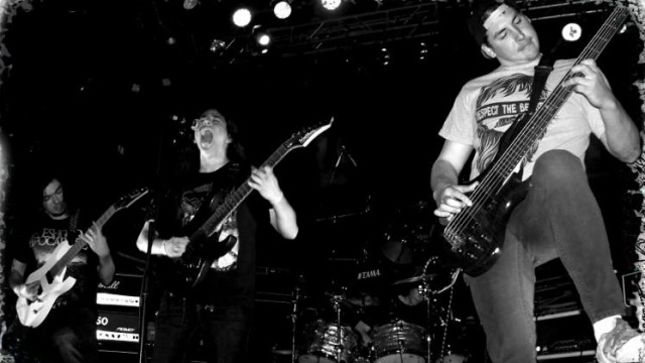 A press release states: “Categorizing what kind of music Hemotoxin makes is harder than it would seem.  Their brand of melodic death/thrash springs from a whole host of metal influences: progressive death metal (Death, Atheist), classic thrash (Megadeth, Slayer and others), and even some black metal and prog rock.  Any given song could groove, then thrash, then send you through a dizzying labyrinth of elaborate riffs and ideas.  Somehow they juggle all these influences and produce from it a cohesive whole, while keeping the aggression high and the song’s core melodic components front and center.

“Whatever they are doing, Hemotoxin do it very well, and they’ve only gotten tighter and more adventurous as a unit since their 2013 debut.  Now their follow-up full-length is ready to be unleashed.  At nine tracks and just 35 succinct minutes, Biological Enslavement will take you on a journey more interesting than most albums twice its length.”

Biological Enslavement will be made available for preorder in mid-March through the Unspeakable Records Store and label Bandcamp page. 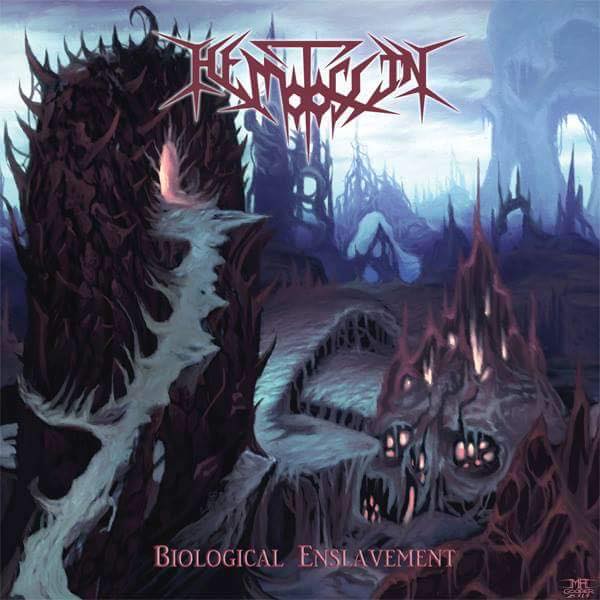