The second in a series of webisodes featuring behind-the-scenes footage from the making of HELLYEAH‘s sixth studio album, “Welcome Home”, can be seen below. The disc will be released on Friday, September 27 via Eleven Seven Music.

Speaking about the early sessions for the LP, HELLYEAH guitarist Tom Maxwell said: “We kind of just went and jumped right into it right away. We first went out there [to the studio in Las Vegas] and sat with [producer] Kevin [Churko] and knocked out six songs musically in about two weeks — just kind of setting up the basic stuff. And then we had to take a break — we took a long break — and we wound up going to Texas to finish writing. And then went into the studio to finish the last six songs. And Chad [Gray, vocals] started doing some vocal tracks; I think he did maybe two or three songs. And we got that phone call that Vinnie [Paul Abbott, drums] had passed away, which wasn’t real — but it was.”

According to Maxwell, Vinnie‘s death came as a complete surprise to his bandmates, who wanted to honor the former PANTERA drummer by completing his final work.

“The record was completely ‘out of sight, out of mind’ at that point,” the guitarist said. “We were dealing with the shock of him passing. And we realized that all his drum tracks were finished — everything — which was pretty surreal of him to… ‘Cause we realized that he left it for us to finish. And we wound up going back to Vegas, which was really hard to do — we were still just reeling from the funeral and just losing him. But we managed to get through it and finish the guitars and bass tracks, and then Chad went in there and literally was left to his own devices to fix this record. Yeah, so that was rough, and listening to it now completed, it’s shame, because Vinnie would have really loved this record; he would have been super proud of it.”

HELLYEAH‘s 18-city headlining summer outing will kick off on Tuesday, July 23 in Atlanta, and will culminate in a special celebration on Saturday, August 17 in Dallas, Texas.

Although it won’t be easy for HELLYEAH to hit the road in support of “Welcome Home”, Maxwell knows that Abbott would have wanted the group to carry on and properly promote the disc.

“I guess it’s just a part of trying to get by and trying to literally swallow the pain, put it in the pit of your stomach and just move forward as best we can,” Tom explained. “And that’s what we’re gonna do. Whether we want it to, or whether we’re ready or not, this record is coming out, and we have to represent the record; we have to show honor toward Vince and we have to do the right thing.” 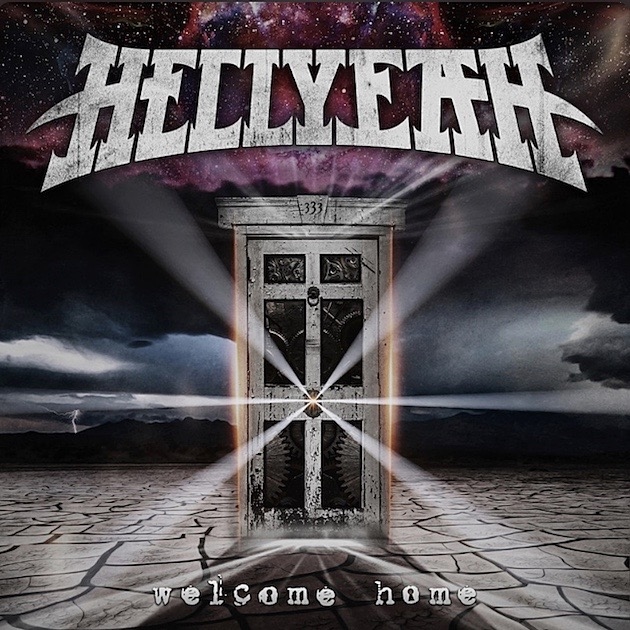