German power metallers HELLOWEEN will release their fifteenth studio album, “My God-Given Right”, on May 29 via Nuclear Blast. The CD was recorded between October 2014 and February 2015 at the band’s MiSueno Studio on the isle of Tenerife with producer Charlie Bauerfeind (GOTTHARD, HAMMERFALL).

Speaking to Greece’s Rock Overdose about the new CD, HELLOWEEN guitarist Michael Weikath said (hear audio below): “I’m very surprised and happy with the outcome of it. I think it’s more open, in the way of [2013’s] ‘Straight Out Of Hell’, in a way. It’s like a continuation, yes, but there’s not so many dark or mystic elements on there. There are a few, but it’s more open, you know, more open to the public. I wouldn’t say commercial. It’s more friendly.”

He continued: “It’s typical — that’s what Charlie wanted to do — ’80s HELLOWEEN and modern HELLOWEEN at the same time. But we wanted to just not worry so much about concepts and what to do and just be the ones that we are. And that was one of the things that Charlie, the producer, wanted to do. After such a long time, he said, ‘Let’s take an ’80s approach.’ Things being very orderly and the guitars and recordings and everything and a strict overview, but more open and more positive as well. And that works out very, very good, I think. And either it will be one of the best-sold albums or also one of the most criticized by the syndicate side of fans that are there.”

Weikath added: “There’s people who don’t really like us anyways, and they will have great fodder to go, like, ‘Ahhh, now they wimped out.’ No, we didn’t. We didn’t. And there’s nothing wrong with what’s there. It’s just good old classic heavy metal the way it’s supposed to be. And that’s what many people say should be the case with most bands.

“Many people, they think about, when they have a band and when they’re producing something, how they can sound particularly growup or mature or modern or what’s being dictated by the American market and whatever. And we didn’t want any of that; we just wanted to do what we stand for, what we are known for. And, you know, there’s actually no big surprise on there. It’s just the typical classical metal as it’s supposed to be.”

The limited digipak (with special 3D cover) and the vinyl version will feature two bonus tracks:

The limited earbook will feature a bonus CD with four bonus tracks:

On April 17, HELLOWEEN will release the first single from “My God-Given Right”, the speed metal hymn “Battle’s Won”. In addition to the digital download, there will be a limited-edition two-track vinyl single, also featuring the album cut “Lost In America”.

The “My God-Given Right” artwork was once again created by graphic guru Martin Häusler (BON JOVI, QUEEN, GOTTHARD) and will also be available as a 3D lenticular print.

Said Häusler: “We tried to build a world of ideas, keeping the ‘classic HELLOWEEN‘ elements, like the pumpkins on the one hand and a complete new look on the other, just like we did it the years before, working on a HELLOWEEN artwork.

“A first inspiration came from the album title, ‘My God-Given Right’, and some of the song titles, like ‘Swing Of A Fallen World’, ‘Lost In America’, ‘Battle’s Won’, etc.

“During my research, I stumbled upon the blockbuster ‘Day After Tomorrow’ and the idea of just leaving the world to the ‘pumpkins’ was born.

“The most challenging part of this artwork was to have both the limited edition and the 11-inch earbook provided with a 3D lenticular cover (a full 3D cover, visible without 3D glasses). That’s the reason the entire artwork was done ‘in one piece,’ using a 3D program…
We did not want one of those ‘cheap’ lenticular covers, done by converting a 2D version, but the best possible real 3D result. So don’t get any other versions — this will be a true collector’s item!”

Added HELLOWEEN frontman Andi Deris: “I never know how, but somehow we did it once again… The album really rocks and kicks some major asses!!! We had the best folks with us to make this possible: producer Charlie Bauerfeind and Martin Häusler, who made a massive 3D artwork this time WITHOUT stressing the whole color range.”

States Weikath: “This proves what a bit of snow not only is able to but really causes! I personally hate snow and the cover shows that too much of everything is never good. Just like Andi Deris, I’m very happy about the new album.” 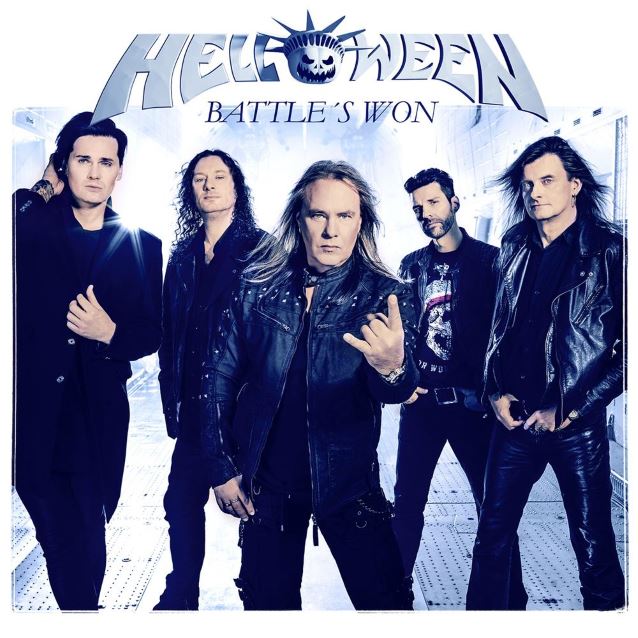 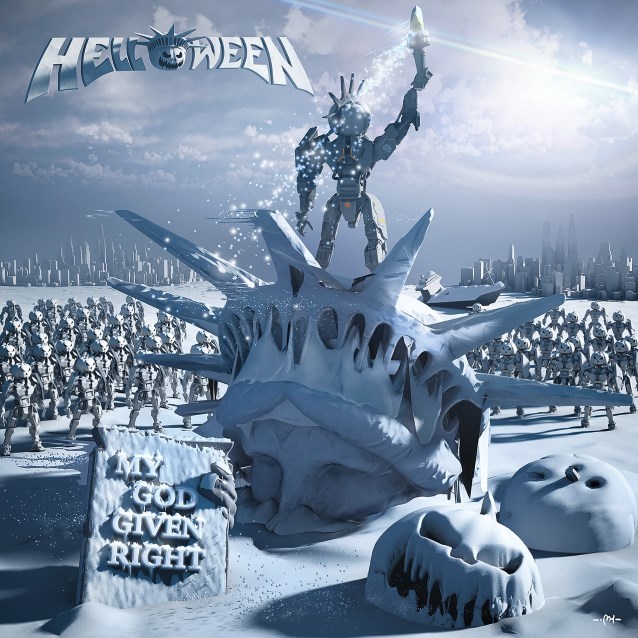