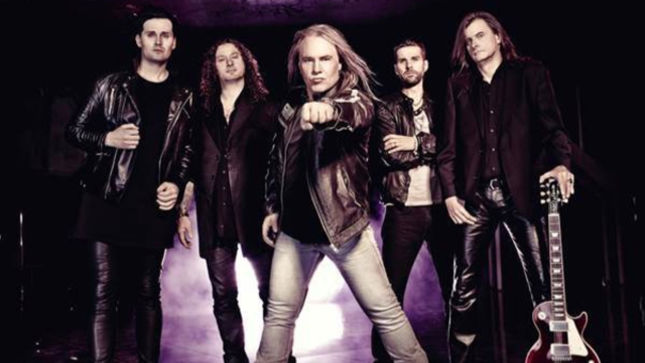 Helloween, the founding fathers of German melodic speed metal, have announced the first shows of the European My God-Given Right Tour 2016. Their label mates Rage as well as Crimes Of Passion are confirmed as support acts.

Helloween will return to North America to play select dates in 2016. The band will be supporting the release of their 15th studio album, My God-Given Right, which has cemented the pumpkin heads as one of the most influential and successful acts of the global metal scene.

Confirmed dates are as follows:

Pre-sale tickets are available now on EnterTheVault.com. Tickets go onsale at all other outlets on August 22nd.

Other Halloween tour dates include: