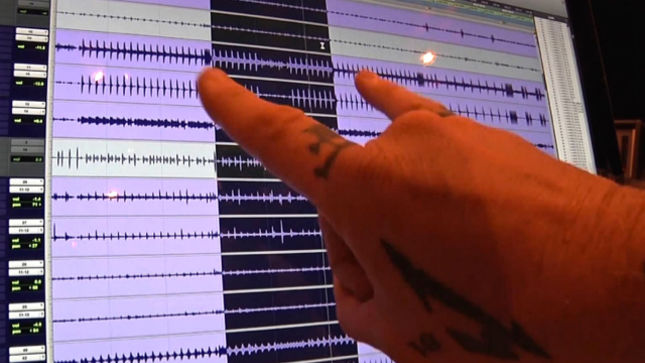 Metallica are offering fans “a little ear candy for the holidayz”, streaming a sample of new music online. Met Club members can check out the video message from James Hatfield at this location (log-in required). 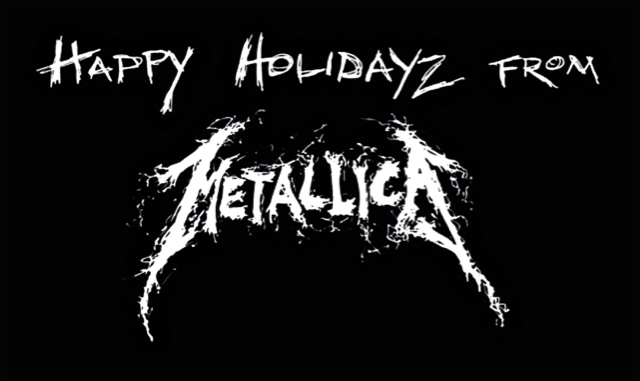 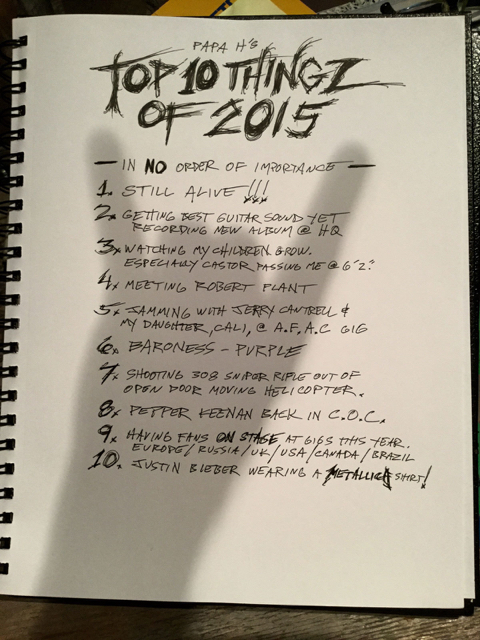 Metallica are offering a preview of the upcoming book, Back To The Front: A Fully Authorized Visual History Of The Master Of Puppets Album And Tour, by Matt Taylor.

Says Metallica: “Over a year ago we told you that we had teamed up with acclaimed award winning author Matt Taylor to tell the definitive story of Master Of Puppets and the subsequent tour that followed its release. You all jumped in to assist us in putting the pieces together by sending your photos, videos, stories and mementos… we could not have done it without you! Here’s your first glance at the cover of Metallica: Back To The Front, which will see the light of day fall of 2016.” 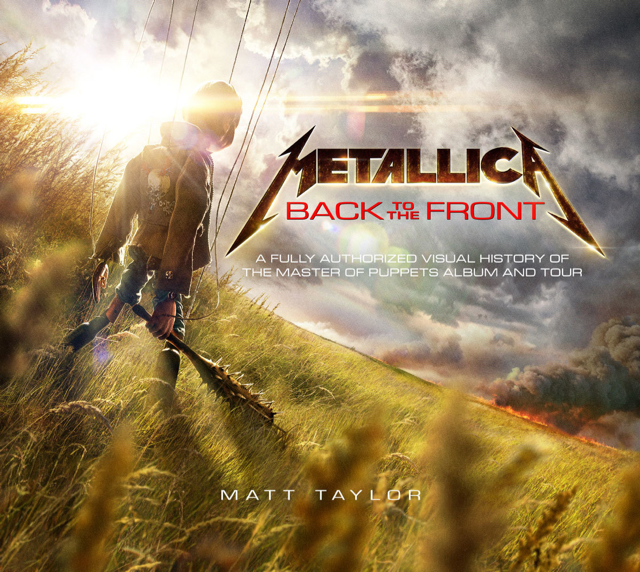 The band continue: “We’re pretty sure it will be worth the wait as the book is chock full of exclusive intensive interviews with all of us as we spent countless hours with Matt digging deep in our memory banks for stories, anecdotes, tidbits and tales from the studio, the road and beyond. Matt spoke to all the major players at that time in our history, including those who were with us during the making of the record including producer Flemming Rasmussen and the man who mixed it, Michael Wagener. He tracked down the entire MOP road crew including John Marshall and members of the bands who toured with us, Anthrax and Armored Saint. Our booking agent, tour promoters and managers Cliff Burnstein and Peter Mensch all were overly generous with their time and recollections. Faith No More guitarist Jim Martin and drummer Mike Bordin and Diamond Head’s Brian Tatler spoke with Matt about their memories of those crazy times and of course you, the fans who were at those shows gave us an amazing view of your memories and experiences. Finally, we’re honored that Cliff Burton’s dad Ray sat down for an extensive interview.

“We all hit the storage lockers, attics and basements to fill the book with hundreds of never-before-seen images pulled from our personal archives and have been involved every step of the way to bring you the complete story. No stone was left un-turned as we gear up to celebrate the 30th anniversary of the album’s release.

“Keep watching here as we’ll be back from time to time with more sneak peeks of pages from the book and of course details on the release.”