The official music video for “One Against The World”, the new single from Swedish metallers HAMMERFALL, can be seen below. The song is taken from the band’s upcoming album titled “Dominion”, which will be released on August 16 via Napalm Records. The clip was filmed and edited by Oliver Route.

For “Dominion”, HAMMERFALL re-teamed with James Michael to do vocals at Red Level Three studios, and Fredrik Nordström of Studio Fredman at Castle Black Studios for the instruments on the powerful 12-song collection.

Guitarist Oscar Dronjak told Loud TV about “Dominion”: “It’s one of those things where you have time finally to perfect everything. We didn’t really feel that for [2016’s] ‘Built To Last’. It was stressed, the songwriting part of it. This time, we really felt ready when we started recording, which I don’t think has ever happened. All the songs were where they should be. We had time to go back and let them mature. That made it easier to record. We are in a place right now as a band where we feel it’s fun. It’s happy, fun, because everything sounds good when we play live.”

He continued: “I don’t think HAMMERFALL has ever sounded better live than we do right now. That feeling, that rush translated into the recording. I think that’s what you can hear on it. The songs sound the way they do, they sound, I think they sound perfected, in a way that I don’t think the other albums may have done. It’s an energy that we didn’t have before. We always try to recreate the energy, but it’s difficult to actually do it.”

He added: “One of the things that helped with that this time was the drumming of David [Wallin]. Because for ‘Built To Last’, he played more or less the demo drums that I laid out for him and didn’t put his own stamp on it so much. But this time, his personality really shone through. I have to say for the first time I understood how great of a drummer he is. The drumming that makes David David is really good. It’s a perfect fit for HAMMERFALL that way, too. He put a lot of his own personality into the fills and the songs this time as well, which is another benefit of being able to have the songs done already early and to be able to go and rehearse and record them as a rehearsal demo, basically, and to listen to them to see what we can do better and change to make the songs better.” 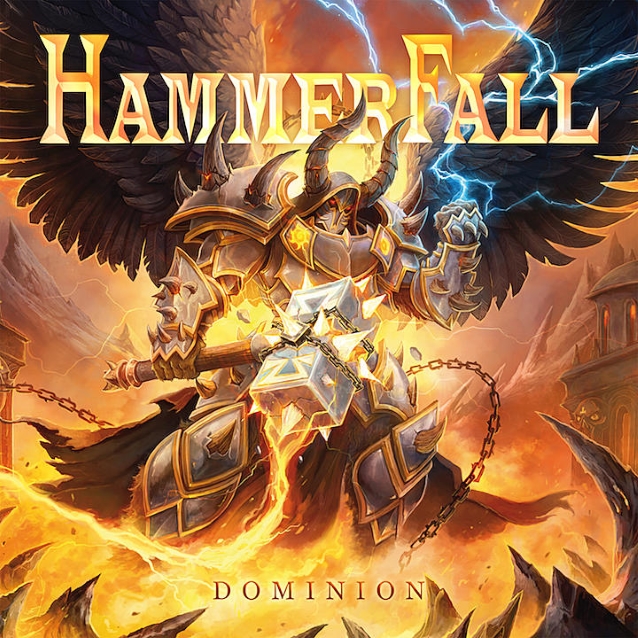