HALESTORM will release its fourth album, “Vicious”, on July 27 via Atlantic. The first single from the disc, “Uncomfortable”, premiered this morning, and the video, directed by Evan Brace (PHANTOGRAM, TAKING BACK SUNDAY), can be seen below.

Recorded last year at Nashville, Tennesse’s Rock Falcon recording studio with producer Nick Raskulinecz, “Vicious” is available for pre-order beginning today at all DSPs and streaming services. All pre-orders are joined by an instant download of “Uncomfortable”.

Raskulinecz is an acclaimed producer who has previously worked with RUSH, KORN, ALICE IN CHAINS and DEFTONES, in addition to having produced HALESTORM‘s third covers EP, “ReAniMate 3.0: The CoVeRs eP”, which came out in January 2017.

HALESTORM frontwoman Lzzy Hale told Boston radio station WAAF about the band’s new album: “I feel like this is the most… Every record, we try to kind of get it closer and closer to what people see every day live. And I really think that this is the most HALESTORM record that you’re gonna hear from us as of yet.”

HALESTORM guitarist Joe Hottinger told the SiriusXM show “Trunk Nation” that the band’s follow-up to 2015’s “Into The Wild Life” will contain some of “the heaviest stuff we’ve ever done.”

“Into The Wild Life” was criticized by some HALESTORM fans for veering too far into pop music territory.

HALESTORM will embark on the second leg of their milestone U.S. tour showcasing all female-fronted hard rock bands. The dates — once again co-headlined by Roadrunner/Atlantic group IN THIS MOMENT — get underway July 27 at Kansas City, Missouri’s SEC Arena and then travel through the end of August. Support throughout the trek comes from special guests NEW YEARS DAY. The tour will include stops at a number of upcoming festivals and state fairs, including Oshkosh, Wisconsin’s Rock USA (July 12), Cadott, Wisconsin’s Rock Fest (July 13), Dubuque, Iowa’s Dubuque County Fair (July 28) and Springfield, Illionois’s Illinois State Fair (August 11). Other highlights include a one-night-only event supporting JOAN JETT & THE BLACKHEARTS — set for August 9 at Moorehead, Minnesota’s Bluestem Amphitheater — as well as a free concert on Las Vegas, Nevada’s Fremont Street (August 25). 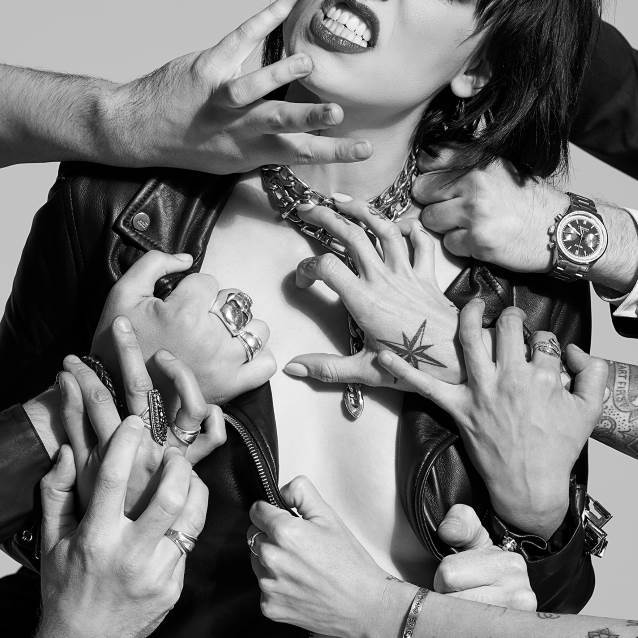