KCAL-TV, the CBS-owned television station in Los Angeles, has uploaded a video report on today’s announcement that GUNS N’ ROSES will play its first live gig of 2016 tonight (Friday, April 1) on the hallowed ground where the band started, the Troubadour, in West Hollywood, California. The The clip, which includes interviews footage with fans who were lined up this morning at Gibson Brands on Sunset (formerly Tower Records), to purchase tickets for the concert, can be seen below. The show will mark the first time singer Axl Rose and guitarist Slash have performed together since 1993.

GUNS N’ ROSES has still not officially announced the lineup of musicians who will take the stage beyond Rose, Slash and bassist Duff McKagan, although it is almost certain that keyboardist Dizzy Reed, guitarist Richard Fortus and drummer Frank Ferrer are on board as well.

Original members Izzy Stradlin and Steven Adler didn’t originally appear to be involved in the gigs, but Adler‘s solo band abruptly canceled a show at the Whiskey A Go Go in Los Angeles on April 1, with the venue tweeting, “Stay tuned for a big announcement! #GunsNRoses.” There is now speculation about a guest appearance by Adler with GUNS.

The last show Axl and Slash played together was on July 17, 1993 at River Plate Stadium in Buenos Aires. The latest incarnation of GUNS N’ ROSES, which only included Axl from the original lineup, played a residency in Las Vegas in 2014 but has remained silent since. 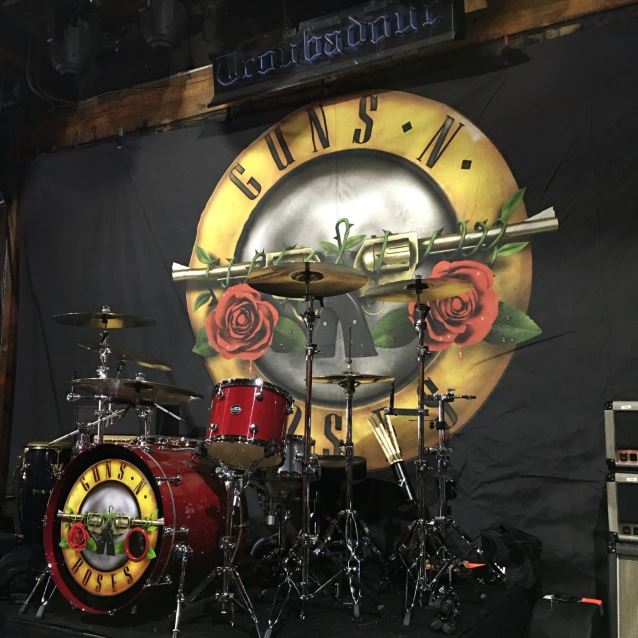 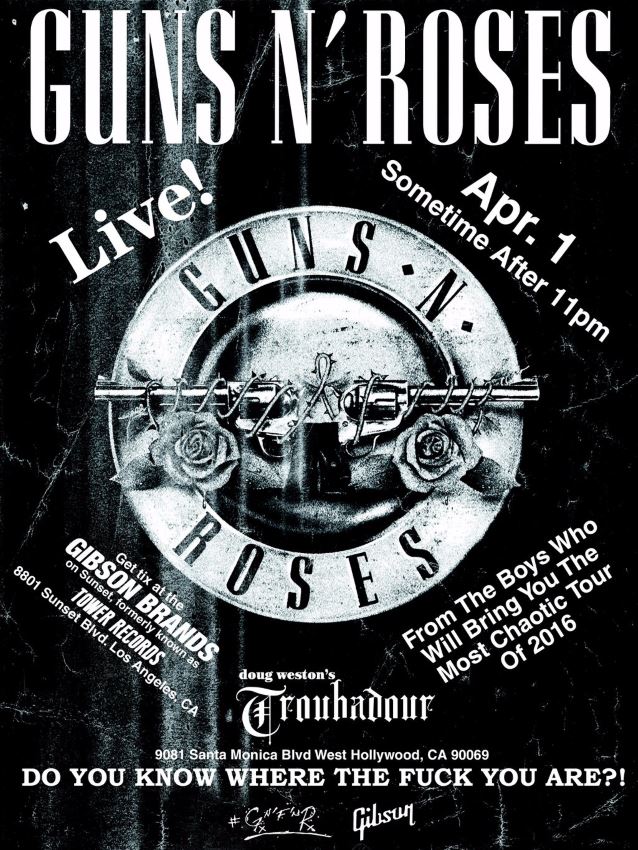