Rock guitarist and songwriter Doug Aldrich, well known for his stints as a member of WHITESNAKE and DIO, and currently a member of rock supergroup THE DEAD DAISIES, has joined the ESP artist roster.

“We’re proud to have Doug in the ESP family,” says Jeff Moore, senior vice-president of ESP. “For over 25 years, he’s been universally respected for his exceptional playing skills. Doug is a great representative of the type of player whom we welcome at ESP… a guy who can always be counted on to showcase what’s possible on our guitars.”

“ESP is great company that has a long history of building exceptional guitars,” says Aldrich. “I acquired a new ESP recently and I love it. Very happy to be involved with them.”

Doug is currently playing the ESP Ron Wood, the Signature Series instrument designed by the legendary THE ROLLING STONES and FACES guitarist, which he’ll add to his well-known arsenal of other classic guitar models.

Originally hailing from Raleigh, North Carolina, Doug Aldrich has been an icon of the Los Angeles rock scene going back to the mid-1980s, first gaining attention as a member of LION, who did the theme to the original animated “Transformers” film. He went on to perform with bands, including HOUSE OF LORDS, HURRICANE, BAD MOON RISING, and others while also establishing himself as a solo artist. During this time, Aldrich was one of the leading guitar instructors in Los Angeles, teaching upwards of 70 students per week.

In 2002, Aldrich was selected for the coveted spot as guitarist for DIO. Later that year, he joined up with singer David Coverdale, and eventually took over guitar duties for WHITESNAKE, playing alongside his future bandmate in THE DEAD DAISIES (and fellow ESP endorsee) Marco Mendoza. Doug is currently on tour with THE DEAD DAISIES, supporting their recently released album “Make Some Noise”.

More information on Doug Aldrich, along with the rest of ESP‘s acclaimed artist roster, is available at espguitars.com. 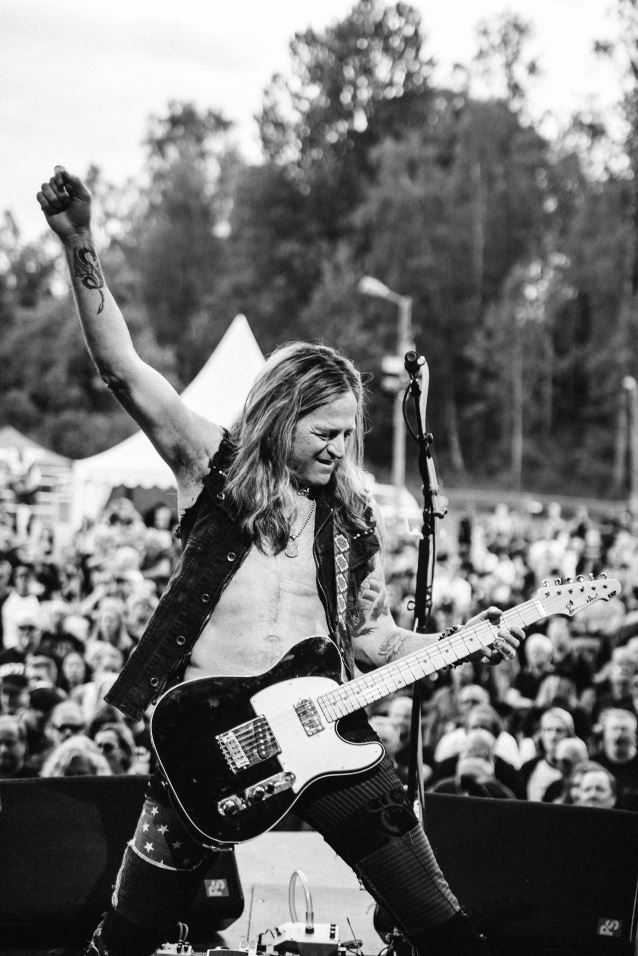