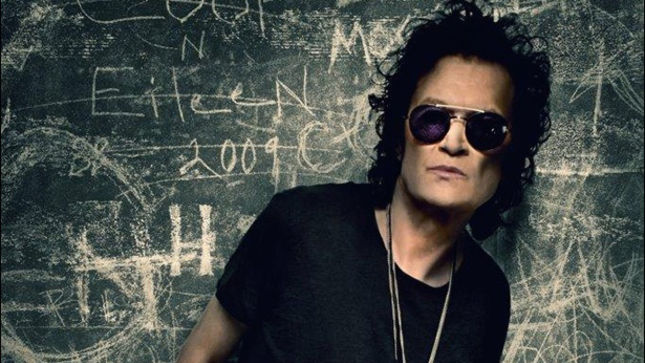 Glenn Hughes was guest at The University Of North Dakota to warn students about the risks of alcohol and drug abuse, something Hughes struggled with in the past. The Dakota Student covered the event as Hughes talked about his battle with alcoholism.

“I don’t remember anything about the ‘80s, Hughes said. I remember absolutely nothing. It’s all just a blur.”

“There are two types of people on this planet: alcoholics and non-alcoholics. There is no in between … it is a terrible disease that needs to be treated,” Hughes remarked.

The highly anticipated twelfth original Glenn Hughes album, Resonate, will be released on Friday, November 4th. The album track “My Town” is streaming below. The song is also available for immediate download when you pre-order the album from a variety of online outlets such as iTunes, Amazon, Google Play and Spotify.

Hughes tells Coast To Coast: “‘My Town’ can kind of mean something for everybody. I just feel really comfortable singing that song about where I live. Los Angeles is a make or break city. It’s a town that can kill you. Like New York, you have to be ready to live on the streets and be a part of the streets. But I have been living here most of my life and this is my town.”

A true vocal and musical icon of our times, in the past couple of years Glenn concentrated again on his solo career. Sold out crowds were the order of the day, while touring non-stop throughout 2015, with shows in South America, Europe, UK, Japan and Singapore. In addition, late in 2015, the Rock And Roll Hall Of Fame based in the US, announced that Deep Purple including MKIII, are finally to be inducted after several previous nominations over the years. This was a culmination of a 40+ years career which saw Glenn leave his indelible mark in several musical endeavours and bands, including Trapeze, Deep Purple, Hughes/Thrall, his collaborations with Gary Moore, Black Sabbath’s Tony Iommi and most recently with Black Country Communion and California Breed.

2016 was his busiest year yet. With summer festivals and solo shows in the USA, UK and Europe, finally Glenn’s first solo album in over 8 years that will see the light of day! “Resonate” is truly a triumphant return to form for “The Voice of Rock”!

From album opener, “Heavy”, to the very last chords of the closer, “Long Time Gone”, it promises to be a contender for ‘Album Of The Year’. The new album features his live solo band members, Soren Andersen (guitars and co-producer), Pontus Engborg (drums) and newcomer to his band, Lachy Doley (keyboards), in addition to long-time friend and drummer, Chad Smith (of Red Hot Chili Peppers), who joined them in the studio for the opening and closing numbers. It might well be the most heavy sounding of his solo albums, but as is his trademark, musical diversity shines through and as Glenn commented upon completion of the new recording, “this album is the first kind of a complete Glenn Hughes album”.

No other rock musician has carved such a distinctive style blending the finest elements of hard rock, soul and funk. That astonishing voice is Hughes’ calling card and the new album, Resonate will shine as a true Glenn Hughes landmark release. The new album will be available in two configurations: regular CD and Deluxe Edition including one bonus track and DVD. Vinyl release will be made available via Soulfood Music. The Deluxe Edition includes the bonus track “Nothing’s The Same”, plus a bonus DVD disc featuring the “Making Of” the album documentary – “Heavy” (song video), and “Long Time Gone” (song video). 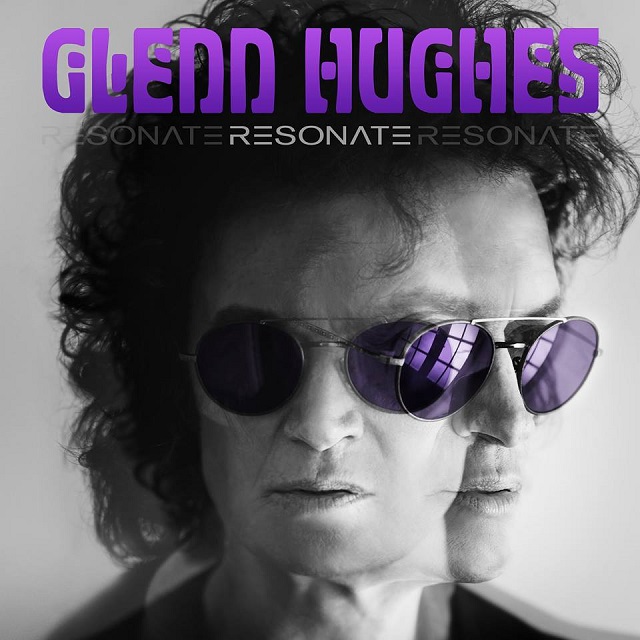 Tour dates are listed below. 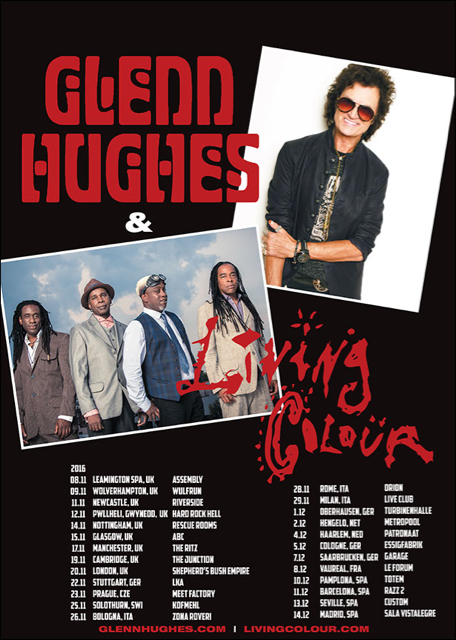