Quality front-row fan-filmed video footage of GHOST‘s April 26 performance at the House Of Blues in Houston, Texas can be seen below.

GHOST‘s current U.S. headlining tour kicked off on April 13 in Montclair, New Jersey and will wrap up on May 22 in Albany, New York.

GHOST won the Grammy for “Best Metal Performance” during the pre-telecast ceremony at the 58th annual Grammy Awards. GHOST was nominated for the song “Cirice” from its 2015 album “Meliora”.

The other nominees in the “Best Metal Performance” category were AUGUST BURNS RED, LAMB OF GOD, SEVENDUST and SLIPKNOT.

A Nameless Ghoul from GHOST told Grammy.com about the nomination, “Being nominated for a Grammy is obviously a big honor for any band or artist — obviously, ourselves included. Especially for us, as a Swedish band, it feels extra honoring, I guess. Especially us maneuvering in the rock genre, where traditionally it’s usually British or American bands.”

“Cirice” recently reached the Top 10 at rock radio, the first song from the band to get significant airplay in the U.S. 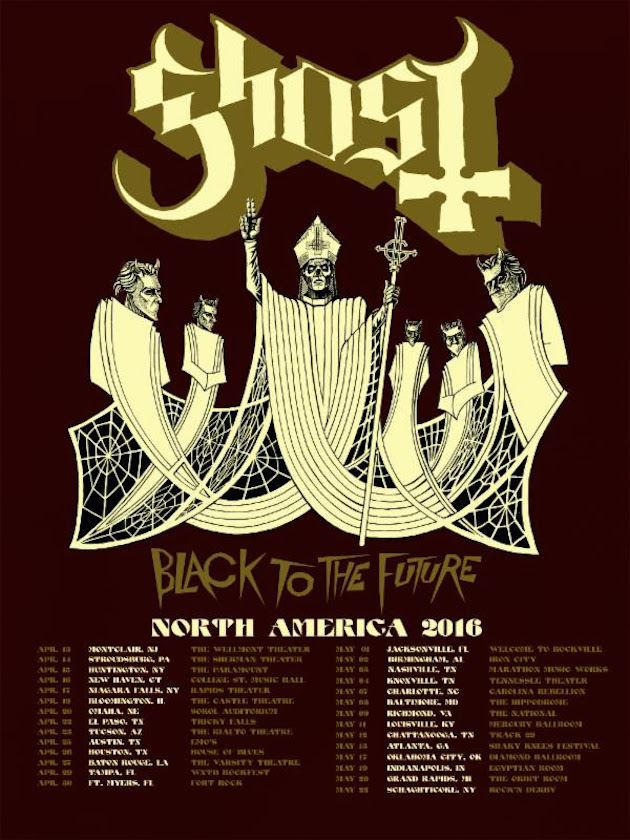