A year after their successful inaugural tour, the five guitarists reconvened for an 11-city tour of Asia that included a stop in Beijing, China. Select performances from that April 2017 concert appear on the new live recording, “Generation Axe – The Guitars That Destroyed The World: Live In China”. The album will be released on June 28 via earMUSIC as a CD digipak, limited colored 2LP+download and digital.

The track listing is as follows:

Check out “Frankenstein” below.

According to a press release, the “Generation Axe” experience goes way beyond simply gathering five guitar greats on one stage. Much of the time when multiple rock guitarists join in jamming, the results are conventional and often even a mess. But the arrangements of some of the classic tracks performed by these five players makes for a magnificent cacophony of organized chaos unlike anything ever presented before.

Vai says the idea behind “Generation Axe” was “to create a seamless show with one backing band and five completely accomplished and astonishing guitarists that take to the stage in various configurations, performing some of their solo music and merging together as cohesive co-creators of lushly orchestrated guitar extravaganzas.”

Vai describes “Generation Axe” as “pure controlled chaos.” “My favorite thing about ‘Generation Axe’ is the tour bus,” he says. “Between the hours of 1 a.m. and 7 a.m., when we’re all hanging out in the lounge just rapping. I wake up in the morning [and] my jaw hurts from laughing so much. These guys, they’re out of their minds.” 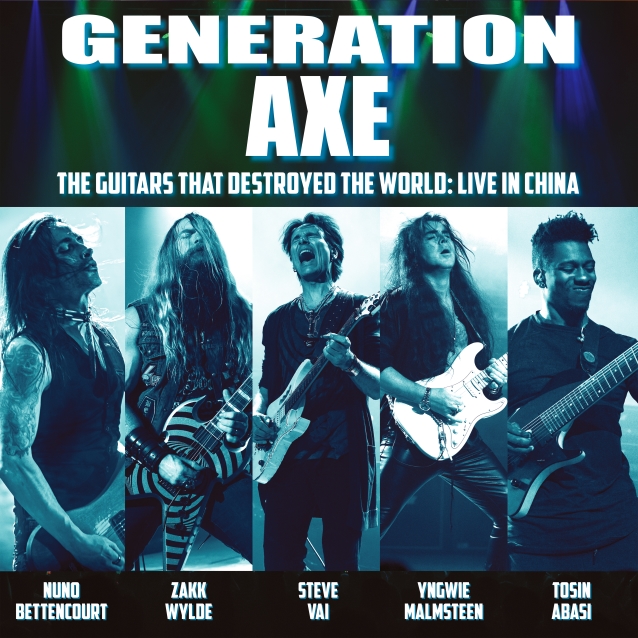