In a brand new interview with Examiner.com, FOZZY singer and WWE wrestling superstar Chris Jericho spoke about the he band’s musical approach on its new album, “Do You Wanna Start A War”.

“With this record, we wanted to focus on just writing great songs and not worry about if they’re too heavy or too poppy or too dancy or too ballady, or whatever it may be,” he explained. “Let’s just focus on great songwriting. Because I think now in this day and age a lot of bands kind of put themselves into a box: We’re a heavy metal band, so we must play heavy metal, or we’re a pop band so we must play pop. When you think of some of the greatest bands of all time — whether it be THE BEATLES or QUEEN or whatever — they always have records with a lot of diversity. There’d be a rock song, a heavier song, a ballad, a prog song, a ska song, circus music, or whatever. And it’d still sound like THE BEATLES and QUEEN. And I think what we decided between the last record and this one was, let’s just focus on writing some great songs. Maybe some songs that are a little different from the norm, or different from what we’ve done in the past. Because they’re all gonna sound like FOZZY songs. It’ll be FOZZY either way. And I think that opened up a lot of diversity for us, and I think it’s why this is the most popular record we’ve done: review-wise, sales-wise, and everything in between. So it’s exciting for us!”

Jericho also talked about the songwriting process in FOZZY. He said: “Rich [Ward, guitar] does basically all the music and most of the melodies, and I’ll do the lyrics. So we do kind of exchange ideas back and forth. A lot of our songs are written lyrics first. With the song ‘Do You Wanna Start A War’, I came up with those lyrics a while back and said to Rich, ‘This is an anthem kind of song. I want you to write a song where I can see everybody in the crowd jumping up and down and singing along.’ So I kind of give him some direction sometimes about the lyrics. Or sometimes he’ll send me a song and say, ‘I need some lyrics for this.’ So it goes both ways. Again, we just write songs the way they feel right to us, and there are a lot of different ways to do that.”

“Do You Wanna Start A War” sold around 5,600 copies in the United States in its first week of release to debut at position No. 54 on the Billboard 200 chart.

The band’s 2010 effort, “Chasing The Grail”, registered a first-week tally of around 2,200 to enter the Heatseekers chart at No. 6.

“Do You Wanna Start A War” was released on July 22, 2014 via Century Media. Produced by Rich Ward, the album features 12 tracks, including the debut single, “Lights Go Out”, the title track and the return of the Theremin in “Bad Tattoo”. 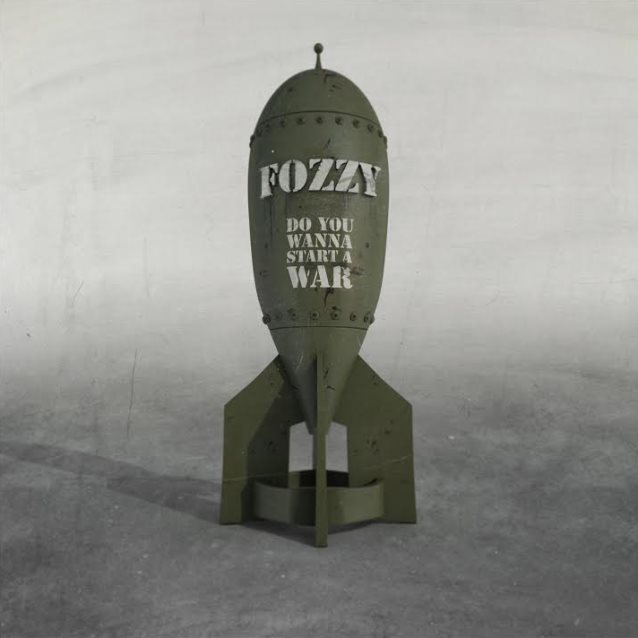