OWL frontman, bassist and producer Chris Wyse started writing “Things You Can’t See” between his tenure as a band member in seminal rock outfit THE CULT and his new position as bass player for former lead guitarist and founding member of KISS, Ace Frehley. Chris played on Frehley‘s 2014 solo album “Space Invader”, which led to him joining the band full time. Chris explains: “THE CULT will always be my brothers in rock, and it was an honor to play with such brilliant musicians during our decade together. I now look forward to scorching the earth in the Ace Frehley band. We’re currently working on an all-covers album due out on eOne Music, which has been a blast. Ace has always been a hero of mine and a big influence — playing with him, Scot Coogan and Richie Scarlet is awesome!”

Frehley praises: “Chris is fun to work with and is a great talent. He is by far the best bassist I have worked with.”

Creatively on fire and armed with song ideas for OWL, Chris and the band holed up at Overit Studios in Upstate New York in early 2014 to record the six-track collection. For the first time, the band didn’t work off of completed songs — instead they jammed in the studio, honing and cultivating the music in the moment. This new approach on “Things You Can’t See” inspired OWL to be bold, experimental, and even more musically ambitious than on their previous two releases.

“We’ve evolved to a place where we completely trust each other musically,” shares Chris. “And it really shows in the character and attitude on this record.”

First single, “Who’s Gonna Save You Now”, blares a wall of distortion as Chris delivers an urgently searing and sharp hook, while the title track poses ponderous questions via raw thunderous rhythms and poetic lyricism. “Lake Ego” follows with an immersive soundscape stomper, and “Star Up” offers a strong, hyper-charged sonic catharsis. “Witch’s Familiar” is progressive and heavy through a haze of psychedelia, and “Alive (Acoustic)” closes out the set with lush, soaring melodies amidst a booming bass line.

“We’ve really come into our own as a band with ‘Things You Can’t See’,” concludes Dan.

“This record is a great, formidable showcase of everything we do best, and we’re very proud of it,” adds Jason. Chris leaves off: “The style we’ve developed is unbridled and unfiltered, as is our message. We stand behind every single note front to back.” 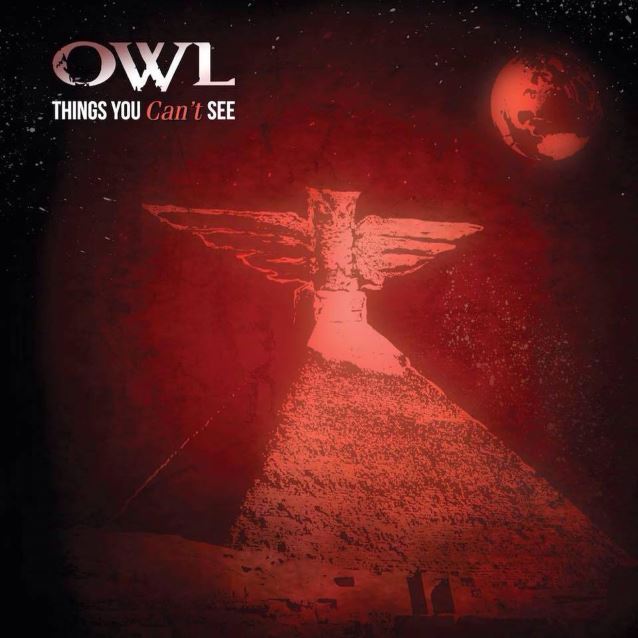