Upon its release last fall, Steve Perry‘s “Traces”, his first new album in nearly 25 years, was met with wide acclaim and tremendous excitement from fans and critics all over the world. The album entered the Billboard 200 Albums chart at No. 6, Perry‘s highest debut as a solo artist and earned the Rock And Roll Hall Of Famer his best-ever chart entries in the U.K., Germany, Canada and Japan.

Now “Traces” is getting the deluxe treatment. Today, the album’s full, expanded track listing of 15 songs (the standard album plus five bonus tracks from the “Traces” sessions) becomes widely available for the first time in a variety of formats. Fans can purchase the album digitally, on CD and in two 180-gram 2LP vinyl versions, one that features a collectible, limited-edition 3D lenticular cover. (The full track listings are below.) In addition, brand-new, special edition merchandise is now available exclusively on Steve‘s online store.

“These bonus tracks — ‘October In New York’, ‘Angel Eyes’, ‘Call On Me’, ‘Could We Be Somethin’ Again’ and ‘Blue Jays Fly’ — are some of my most favorite songs in this 15-song collection,” stated Perry. “I’m so glad they will now be available everywhere.”

The album’s third single, the affecting “We’re Still Here” has just been released to radio. A new video to accompany the track — Steve‘s first official music video as a solo artist since “Missing You” in August of ’94, and JOURNEY‘s clip for “When You Love A Women” in ’96 — will be released very soon.

Perry reunited with JOURNEY for the first time in years as they were inducted into the Rock And Roll Hall Of Fame in April 2017. The iconic singer appeared onstage with his former bandmates as they each gave speeches, but did not perform with the group later in the event.

During his speech, Perry praised each of JOURNEY musicians as well as the band’s current singer, Arnel Pineda, who was not being inducted into the Rock Hall. 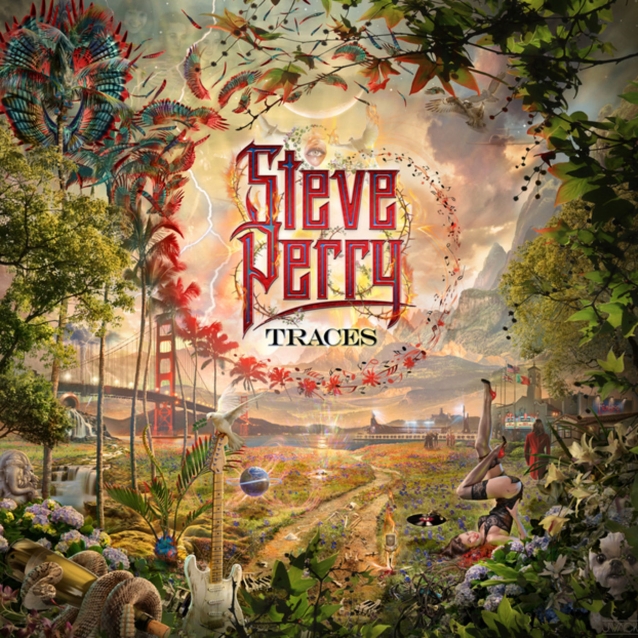