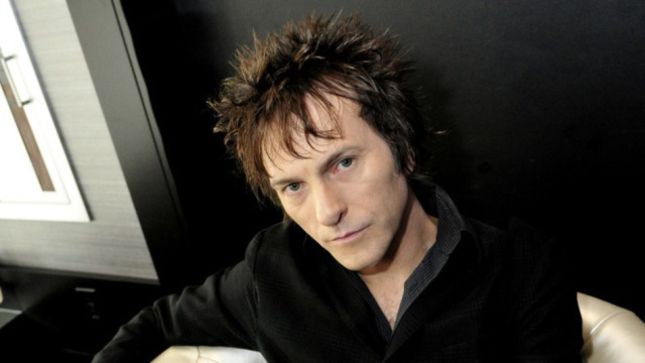 MusicAficionado.com recently caught up with former Guns N’ Roses bassist Tommy Stinson and discussed his 17 year run with the band. An excerpt from the interview is available below:

Q: What did you take away from your time with Guns N’ Roses?

Stinson: “One of the first things I got out of it was the collaborating aspect of it—working with five or six people called to the task of writing together. It wasn’t an easy task, but it was interesting, because it was something I had never done before. It was also just a good gig for me for all those years… It was a good run. It served me well, and I think it served them well for the most part and now they’re off doing their thing. I’m happy for all of them. They’re all still friends of mine.”

Q: Do you think that version of Guns got a fair shake from fans?

Stinson: “I do. You have to look at what we were selling them, and that was the main voice of Guns N’ Roses and an entirely different lineup, and a lineup that changed a few times. To be perfectly honest with you, they came out in droves to see Axl Rose. He’s the man who was the front guy of the whole thing. I think the fans were more than ingratiating to us. I still get people Facebooking me and saying, “Oh man, we really loved you in the band. Thank you for keeping it going for all those years.”

Q: Axl has a reputation of being hard to work with and unreliable. Is that undeserved?

Stinson: “People ask me all the time, ‘Is he really an asshole?’ No, he wasn’t, he’s actually a pal of mine. We had a good working relationship. It wasn’t always easy, but neither is a marriage, or any other relationship you have that’s long lasting. There are things going on, bumps and all that. But for the most part, he was great to me. All the stories you heard are completely blown out of proportion, as far as I’m concerned. His reputation was a little more mythological than actual reality.”

According to a report filed by TMZ, former Guns N’ Roses multi-instrumentalist and songwriter Chris Pitman claims that frontman Axl Rose owes home more than $163,000 based on a promissory note for $125,000 that was due to be paid up in 2012. Pitman joined the band in 1998 and left earlier this year.

Pitman famously called out plans for G’N’R’s Not In This Lifetime reunion tour when news began circulating he was no longer in the band, calling it a “nostalgia tour.”

Guns N’ Roses grossed a whopping $116.8 million during the North American leg of its Not In This Lifetime tour that hit the road for nine weeks this summer, reports Billboard.com.