According to Deadline, Emory Cohen, Jack Kilmer and Sky Ferreira will star alongside Rory Culkin (“Scream 4”, “Signs”) in the English-language film “Lords Of Chaos”, based on true events in the Norwegian black metal music scene in the early 1990s.

Vice Films, Insurgent Media, Chimney Pot and 20th Century Fox are partnering on the movie, which is being helmed by Swedish film and music-video director Jonas Åkerlund.

“Lords Of Chaos” is described as “the terrifying story based on real events about a dream-turned-nightmare for a group of teenagers who spiral out of control.” The movie will follow the life of Euronymous (a.k.a. Øystein Aarseth), the founding member of MAYHEM who was murdered in 1993 by BURZUM‘s Kristian “Varg” Vikernes. In the movie, Euronymous “becomes fixated on creating true ‘Norwegian black metal’ music with his band MAYHEM, and creates a phenomenon by using shocking stunts to put the band’s name on the map. But as the lines between publicity and reality start to blur, acts of arson, violence and a vicious murder shock the nation.”

Protagonist is handling international sales, with Fox coming on board to handle North American, U.K., Scandinavian and Brazilian rights.

“Lords Of Chaos: The Bloody Rise Of The Satanic Metal Underground” was originally published in 1998 by Feral House U.S. A second edition followed in 2003, documenting black metal activities since 1997.

Back in 2009, when initial reports surfaced that the “Lords Of Chaos” book was being turned into a movie, vocalist Sigurd “Satyr” Wongraven and drummer Kjetil-Vidar “Frost” Haraldstad of the Norwegian the black metal band SATYRICON expressed their disgust over the plans. Satyr told Dagbladet.no: “Now that the focus on black metal finally has shifted towards the actual music, this gossip journalism in the shape of a book is made into a movie. Since ‘Lords Of Chaos’ is an incredibly bad book, I can only assume the movie will be bad as well.”

He continued, “It is sad that such an inaccurate story, written by someone who doesn’t understand black metal, has become a book of reference. And it is sad that someone is willing to go that far to exploit the history of black metal.”

Frost added: “This is a parasitic phenomenon.”

Åkerlund, who formed the pioneering black metal band BATHORY with Thomas “Quorthon” Forsberg in the early ’80s, went on to have a successful video-directing career, having worked with the likes of METALLICA, PRODIGY, MADONNA, U2 and the aforementioned SATYRICON. 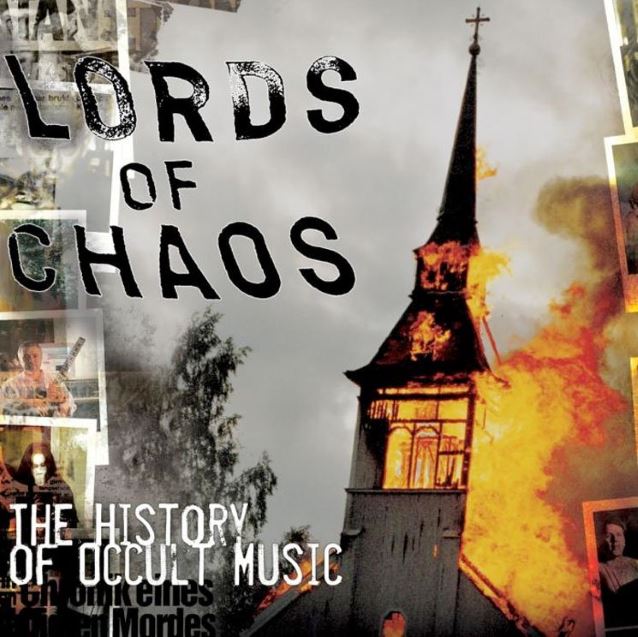