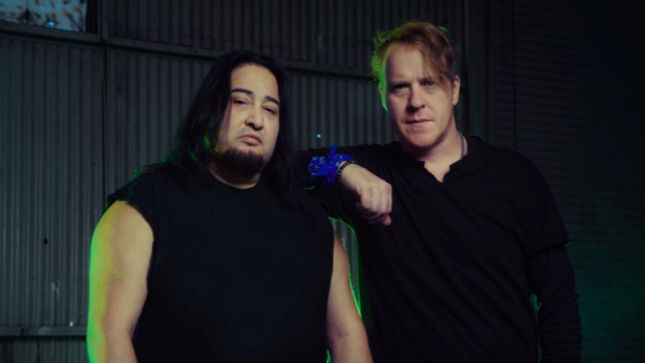 Broken Neck Radio recently caught up with Fear Factory frontman Burton C. Bell to discuss the band’s new album, Genexus. Bell talks about how the band picks what tracks to pre-release, the track “Expiration Date”, touring and much more.

The album charted in several countries around the globe, coming in at #13 on the World Top 40 Chart, and once again solidifying the band’s stature as an international force. In addition, Genexus has surpassed the band’s last two releases, Mechanize (2010) and The Industrialist (2012), in terms of first-week sales and chart numbers in the United States.

“Thank you to everyone who actively support their favorite artists,” commented the band from their current US tour. “Also, thank you to Nuclear Blast’s fantastic performance in the promotion of Genexus! Because of your loyalty and diligence, we had a great first week, appearing on the charts across the globe! Please spread the word about our new album Genexus, for you are the ‘Genexus Generation’!”

“The word genexus is a hybrid of two words; genesis and nexus,” explains vocalist Burton C. Bell. “This word describes the next transition in human evolution as man moves forward to a ‘mechanical’ state of being. Ray Kurzweil predicts that the singularity will occur around 2045. Genexus is the term for that next evolutionary process. Where humans are machines, machines are human, and the differences are oblivious to the naked eye.”

“This album is a record of thought patterns, psychology and struggles of the Genexus generation. The cognitive machine has arrived, and it wants autonomy from the industry that created it. This machine struggles, like every other human has throughout the course of history. This is the story of every one of us.”

Artwork was once again handled by artist Anthony Clarkson. 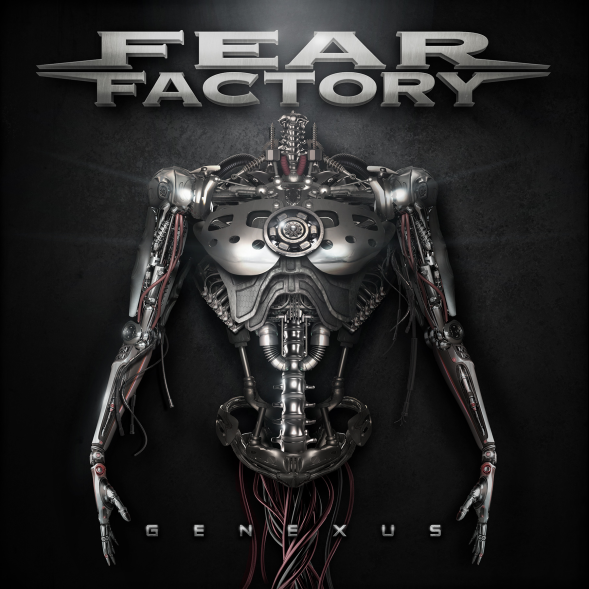 Fear Factory are headlining a North American tour in support of Genexus.

“We are pumped to playing our first US headline dates in support of our new album Genexus,” commented guitarist Dino Cazares. “We feel these shows will be a great blend of our new songs, along with tons of material from our classics! We are also proud to bring 3 fresh new bands as support acts; each offering something different.”

VIP packages are now available exclusively online via FearFactory.com/Tour-Dates. Packages include a meet and greet with the band, a photo-op with the band, autographed poster, autographed set list, t-shirt, guitar pick tin set, and VIP laminate. More tour dates to be announced shortly. 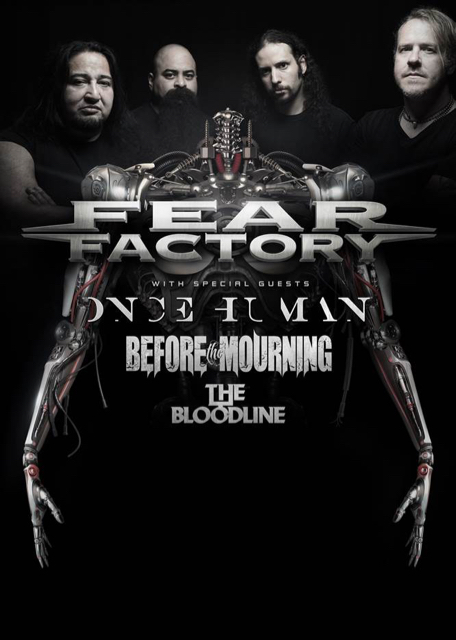 Dates (with Once Human, Before The Mourning, The Bloodline) include: