“Sol Invictus”, influential alt-metal act FAITH NO MORE‘s long-awaited follow-up to 1997’s “Album Of The Year”, can be streamed in its entirety using the NPR widget below. The CD will be released on May 19 via the band’s newly formed imprint Reclamation Recordings, which is distributed by Ipecac Recordings. FAITH NO MORE founder and bass player, Bill Gould, oversaw the production of the album. He said: “What I can say is that I think through our experience as musicians over the years, I think what we’re doing reflects where we’ve gone since we made our last record as FAITH NO MORE. I think this kicks things up a notch. And I think there’s parts that are very powerful and there’s parts that have a lot of ‘space.’ Everything we do, with our chemistry, the way we play; it’s always going to sound like us. It’s just what we do, that makes us feel good.”

Gould added: “When we split up, we explored what we could do on our own. During that time, we each developed what was a natural part of ourselves. Now, coming back, we have a wider perspective so we can do things we didn’t even think of back in the day. If we were to decide to do country-western music, it would still sound like a FAITH NO MORE album. Together we have a strong collective identity, and when we work together it makes its own animal.”

Asked why FAITH NO MORE decided to make its first new album since 1997, despite being adamant for years that it would never happen, keyboardist Roddy Bottum told Music Feeds: “We, kind of, as a band, did a lot of shows together a couple of years ago, and it was a little bit of a coming together as friends and collaborators, and we liked being together again. And it seemed like new material was the next logical step after a bunch of reunion shows that we did. We wanted to continue doing what we do.”

Added drummer Mike Bordin: “There was no intention of doing an album when we started the [reunion] shows. As Roddy said, we just tried to get together and play and, honestly, see how it felt — see how it felt to be ourselves.”

Continued Roddy: “Yeah, there was a conscientious decision at one point, I remember, amongst us, backstage, kind of deciding that we really didn’t wanna do any more shows just playing the old material. So we felt like the place to go was… I mean, to make ourselves feel good, we needed to make a record and make some new songs, and that’s what we did. And it wasn’t material that we had sitting around from before. It was all stuff that was inspired by the moment.”

Bottum also spoke about the musical direction of “Sol Invictus”, which was described by the Music Feeds interviewer as having “more space” than some of FAITH NO MORE‘s previous efforts.

“It’s kind of like a sense of maturity, in a way,” Roddy said. “It sounds a little bit corny, but I think as people mature into their craft, it seems like oftentimes the most effect is achieved by stripping things down rather than throwing things on, and we had such a career of throwing things into the mix. We did that really well, but I feel a lot of it was just this crazy inundation of lots and lots and lots and lots and lots. And it feels like now, stripping things down… Like, I personally love to hear a solo instrument — like, put a piano and the voice togethera and nothing else. And that’s a sign of maturity, to me, in a weird, corny way, but I like it an awful lot.” 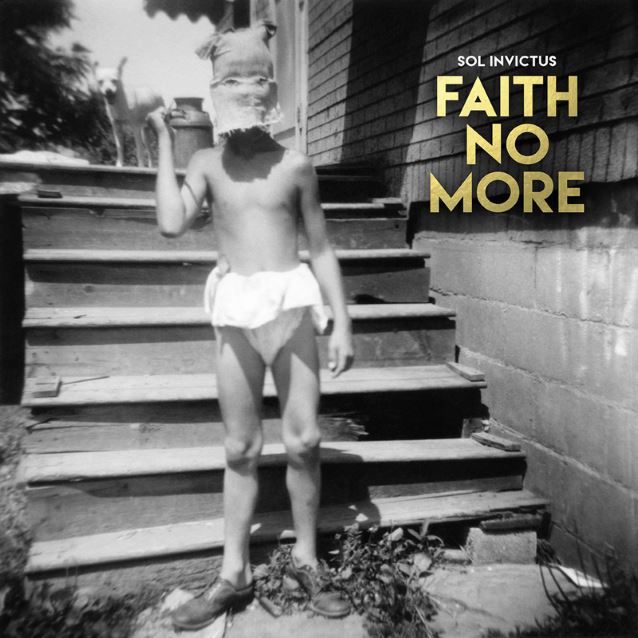