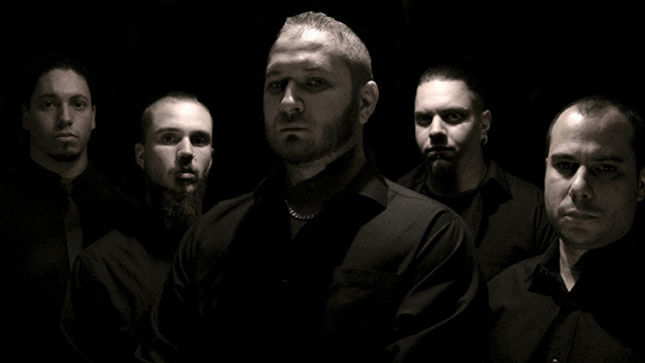 Kaotoxin Records has announced that the sales from “Lugubrious Valedictory,” the brand new digital single from funeral doom act Eye Of Solitude, will be donated to support victims of last month’s fire at Bucharest’s Colectiv Club.

“Lugubrious Valedictory” is now available at this location.

During the night of October 30th, 32 people were killed and 179 wounded at a metal gig at Colectiv Club in Bucharest, Romania. The fire, the worst such incident in Romania in the last 20 years, occurred during a free metal concert when the band’s pyrotechnics comprising of sparkler firework candles ignited the club’s flammable polyurethane acoustic foam, and the fire expanded very quickly. Most of the victims were poisoned with toxins released from the burning foam.

It’s no secret that both Kaotoxin and Eye Of Solitude have links with Romania. Kaotoxin staff member, DJ and host of KaosCast Radu C. was born in Romania. Eye Of Solitude’s mainman, Daniel N., was born in Romania too, and has strong connections with the Romanian scene having spent years in the country, played in many Romanian bands and still playing Romanian gigs as often as possible.

Right after the tragedy, Daniel N. decided Eye Of Solitude would release a digital single to raise funds for the families of the ones who sadly perished in this tragic event. Here’s a message from Daniel N. :

“This goes out to every Metalhead around: we in Eye Of Solitude would like to show our support and solidarity to the victims in the Colectiv Club fire and their families. Amongst them there were old friends, people who have fought to rescue those trapped inside that burning inferno ; heroes who now have left behind devastated families, wives, husbands, sons and daughters.

This isn’t media bullshit; this is a wake up and a call to solidarity. This is a moment when everyone should turn their heads around and try to imagine the living Hell these heroes went through to save others. We would like to appeal to all of you guys and help us help the families in those in need right now.

With this charity release we hope to collect as much as possible from you guys and send the money directly to the families of those who perished Friday October 30th, 2015 night. Please remember, brothers and sisters, we are all in the same community, let’s all please be united and supportive. Please remember these people were loving wives, husbands, fathers, mothers, sons, daughters; dear friends… Let’s please do something!

All of the proceeds raised from digital sales of the “Lugubrious Valedictory” single, which features a previously unreleased 13+ minute song specially composed and recorded for this charity release, will go directly to Eye Of Solitude who will make sure fans’ support reaches the ones in need directly.