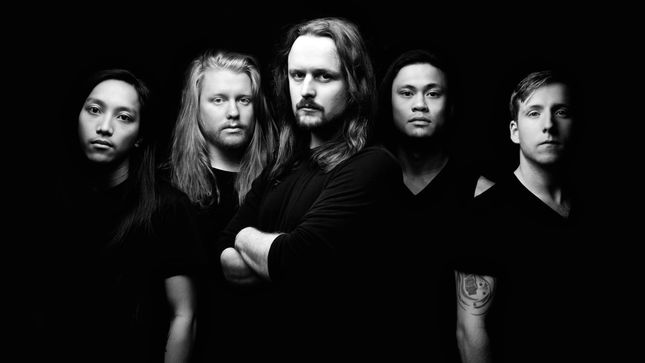 London metallers Exist Immortal have unveiled the video for their new single, “Follow Alone, to be featured on their brand new album, Breathe, out October 28th.

The video, shot at the epic Lee Quarry in Lancashire, sees the band performing on the edge of a cliff face, overlooking the vast caverns below. Cut between floor shots and jaw dropping aerial drone footage, “Follow Alone” is a must-watch, and the band’s most breathtaking offering yet.

The track is taken from their newly announced second album, Breathe. The follow up to their debut 2014 release Darkness Of An Age, its eleven tracks are prime examples of genre-spanning, hook-laden melodic metal, which are both unique and imaginative in their approach and execution.

Since releasing Darkness Of An Age in 2014, the band has been working tirelessly, expanding their reach and building a solid, dedicated following. Performing at a range of festivals, countless tours, and sharing the stage with some of the biggest names in the underground, from SikTh and Heart Of A Coward, to Fallujah and Circles, their brand of modern metal has so far taken them the length of breadth of the UK, across the vast majority of mainland Europe and as far as India.

In preparation for the new album, the band will once again be bringing their tight and intense live show to hungry audiences. They’re currently on a small UK run, ending at London’s Dingwalls with Agent Fresco, Zoax, Press To Meco & No Consequence. Exist Immortal will also be performing at this year’s Euroblast Festival alongside the likes of Born Of Osiris, Veil Of Maya, Heart Of A Coward and many more.

With the release of “Follow Alone”, a stellar second album and more singles, tours and updates to be announced, 2016 is shaping up to be a defining year for one of the country’s most exciting young metal acts.